As Brazil Celebrates 200 Years of Independence, What Does It Mean for Indigenous Peoples? 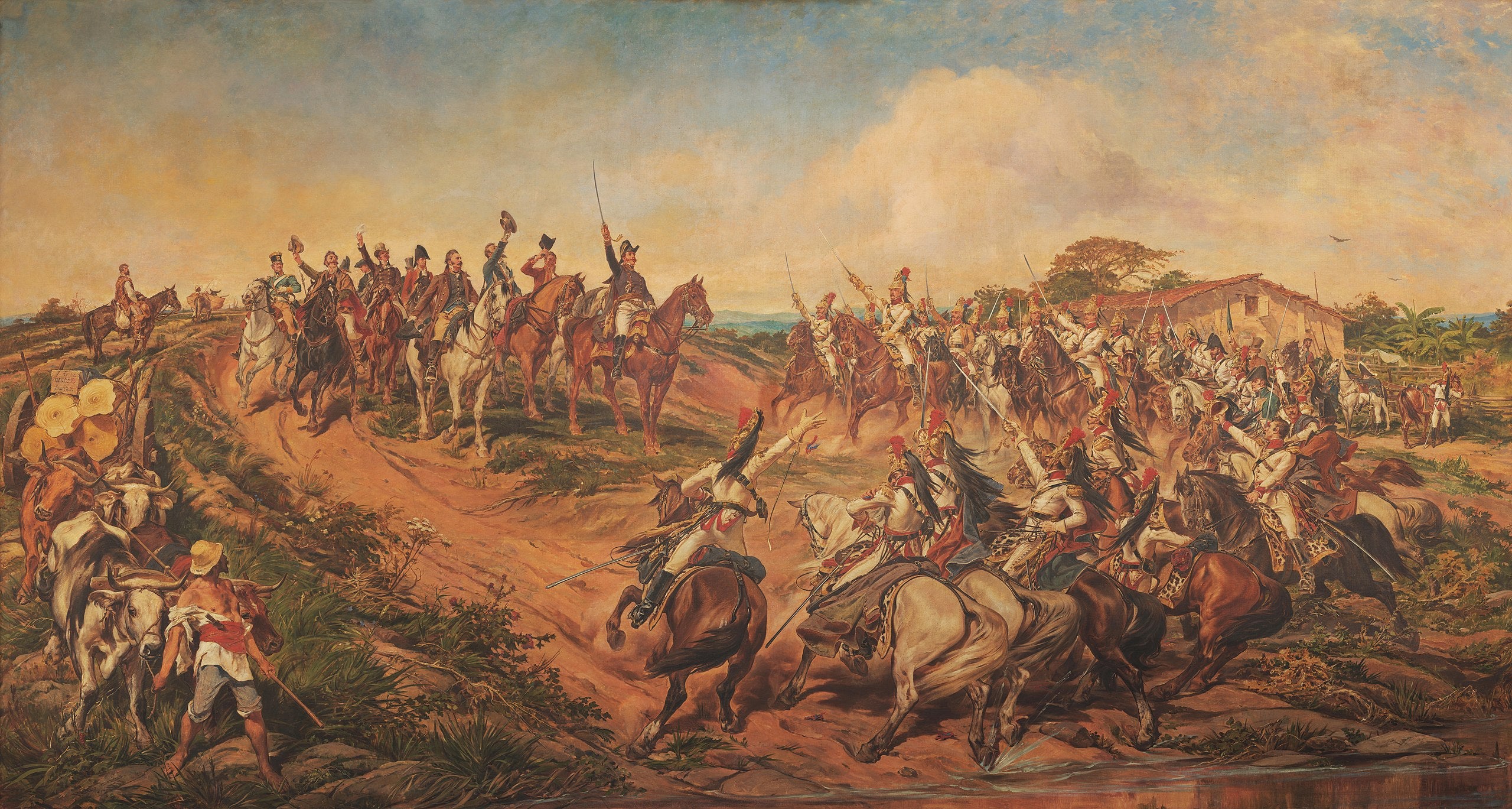 The transition from a colonial Brazil ruled by the Portuguese crown to an independent country on September 7, 1822, did not represent much for Indigenous Peoples.  In fact, when independence was declared by the Portuguese elite residing in the country, the most important representations of the event, such as the Pedro Américo painting, “Independence or Death,” took care to totally exclude Indigenous people from the scene. This invisibility of Indigenous Peoples, more than known by many, was, and still is, part of a colonialist legacy that the country inherited.


In the painting, the most representative of the independence of the country, one sees a peasant on the lower left side with an expression of total ignorance of what is happening behind him. At this historic moment, the country's elite decided to free itself from the yoke of Portugal without revolution, without popular participation, and, obviously, without mentioning Indigenous Peoples. Indigenous lands taken by the crown through colonial methods were passed through to other hands using the same genocidal methods.


Two hundred years later, on September 7, 2022, President Jair Bolsonaro invited the CEOs who defend an extractivist, capitalist, and Indigenous land privatization agenda, along with representatives of agribusiness, the military elite, and some evangelical fundamentalist leaders in Brazil, to a vainglorious bicentennial celebration.  Two hundred years later, the scenery is the same. It is 200 years of a State that, in violation of national and international laws, perpetuates serious attacks on Indigenous Peoples and violates their most fundamental rights. The same State implements colonialist plans in public policies and discourses to exterminate Indigenous Peoples and destroy our forests, leaving thousands of peasants without land and trapped in low wage jobs with poor working conditions.


During the COVID-19 pandemic, one of the most severe epidemics during these 200 years of independence in Brazil, we Indigenous Peoples suffered the same fate as those depicted in the image of Pedro Américo’s painting: invisibility. Because the State failed to protect us from this harmful situation, Brazil marks four times as many deaths due to COVID as the rest of the world. Numerous of them are Indigenous leaders, Indigenous women, and valued members who protected our Traditional Knowledge.


After 200 years of resistance, the pre-Cabral (Portuguese colonization) Traditional communities are witnessing the dismantling of FUNAI, the State institution created to guarantee the rights of Indigenous Peoples. They are witnessing the proposal and approval of numerous laws and policies that suppress or eradicate the rights recognized by the 1988 Brazilian Magna Carta and enshrined in ILO Convention 169, such as the right to Free, Prior and Informed Consent.
Celebrating the bicentenary with representatives of agribusiness legitimates a human rights violations machine and champions a sector that is destroying the forests, and along with it, Indigenous Peoples like Guarani-Kaiowa, Shoklen, and others who have been suffering from the violence perpetrated against Indigenous Peoples, their lands, and the environment. In the last decades, numerous Indigenous land defenders have been murdered by criminals hired by big farms. With agribusiness monoculture, Brazil now faces the largest deforestation and river contamination in its history. As the elite gather to celebrate, the Yanomami still deal with 20,000 invaders on their lands.


In 2021, CIMI, a Catholic organization that works with Indigenous Peoples in Brazil, published a report that exposes the drastic increase, for the sixth consecutive year, in cases of “possessory invasions, illegal exploitation of resources, and damage to property.” In 2021, there were 305 reported cases of encroachment affecting at least 226 Indigenous lands in 22 states. The number of cases in 2021 is almost three times greater than that recorded just three years earlier in 2018. What does an Independence Day mean for the entire country in this scenario?


As Brazil celebrates its independence, the processes of demarcation of Indigenous lands, a recognition guaranteed by national and international law, have been suspended for almost four years, and more than 50 percent of Indigenous land is yet to be demarcated. Indigenous Peoples are absent in the commemoration of 200 years in the capital of the country—even those who, for financial and political benefits co-opted by agribusinesses, support the current government. Historically, as depicted in “Independence or Death,” Brazil continues its exclusion of Indigenous Peoples and other minorities in the public and political life of the country.


President Bolsonaro is a strong supporter of the military regime that ruled the country for decades (1950-1980). During that time, the military implemented the National Integration Plan to expand Brazil's internal borders and create cities, expanding businesses, highways, and the flow of raw materials. This expansion meant the murder of many Indigenous leaders, the destruction of cultures and lands, persecution of community leaders, criminalization of land defenders, and imprisonment and torture of Indigenous activists who fought for their territories. Documents and reports collected during recent investigations by the National Truth Commission (2011-2018) point to murders and forced evictions, water and food supply crises, and purposefully inoculated epidemics, among other crimes and injustices. These are only some examples of what military governments are capable of.


Senior public agents who were supposed to protect Indigenous people were involved in the massacre of the Pataxós to take over their lands and introduced smallpox to communities. The violations suffered by the Nambikwara and Waimiri-Atroari Peoples during the period were the subject of the country's condemnation at the II Russell Court, held in 1975. The opening of the BR-230 Trans-Amazonian highway, planned to cut across Brazil from the border with Peru to the northeast of the country on the Atlantic coast, tragically affected 29 Indigenous Peoples, among them 12 communities that had chosen to remain uncontacted.


Another example is the Krenak Indigenous Agricultural Reformatory and Guarani Farm. These were detention centers for Indigenous people created by the military in the 1960s and 1970s, where those who resisted colonization were punished and tortured. These actions broke and destroyed countless communities and families. On Independence Day, the government of Brazil celebrates this history, continuing to invite torturers and honor human rights violators.


This bicentenary does not represent anything positive for Indigenous Peoples. It is a history of extreme violence configured in the formation of the Brazilian state with wars of extermination perpetuated by the so-called heroes of independence and by the military, genocide, removal and forced migrations, and many other rights violations. But it is not only the way of life of Indigenous Peoples that is at stake—the country's own democracy hangs in the balance. President Bolsonaro has attacked civil society with the same brutality with which he treats Indigenous and Quilombola Peoples, women, the impoverished, and the environment. On the first Independence Day in 1822, Dom Pedro, then Governor of Brazil, shouted, “Independencia ou Morte!” (Independence or death!). Death was left as an inheritance for the Peoples of the forest.