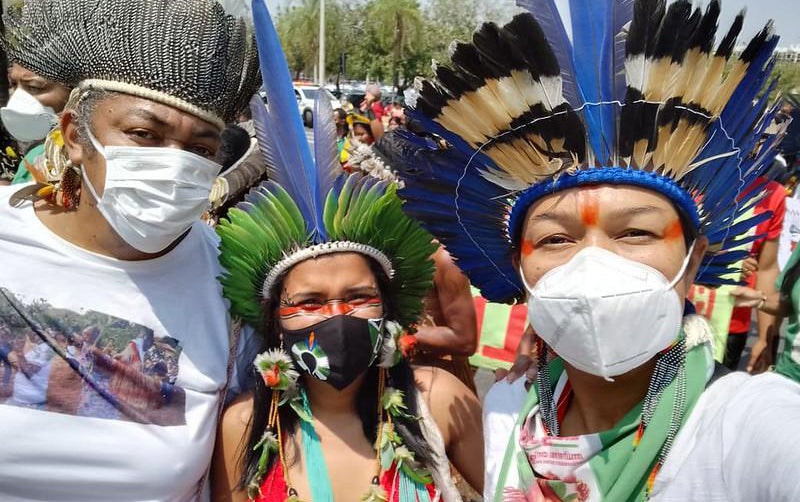 Articulação dos Povos Indígenas do Nordeste, Minas Gerais e Espírito Santo (APOINME) was created in 1990 with the aim of supporting Indigenous leaders in the defense of Indigenous rights in Brazil. According to the latest survey carried out in 2020 by the Association, there are 102 Indigenous Peoples in 10 states and 3 biomes (Atlantic Forest, Caatinga, and Cerrado) living in the area covered by APOINME.

The movement's trajectory is inextricably linked to the agency of Indigenous women fighting for autonomy and the promotion of their own voices and those of their Peoples. In 2021, a Keepers of the Earth Fund Grant helped Indigenous women from Brazil’s Northeast to take part in the Second Indigenous Women’s March in Brazil’s capital city of Brasilia from September 7- 11. The March’s theme was “Original Women: Reforesting Minds for the Healing of the Earth.” 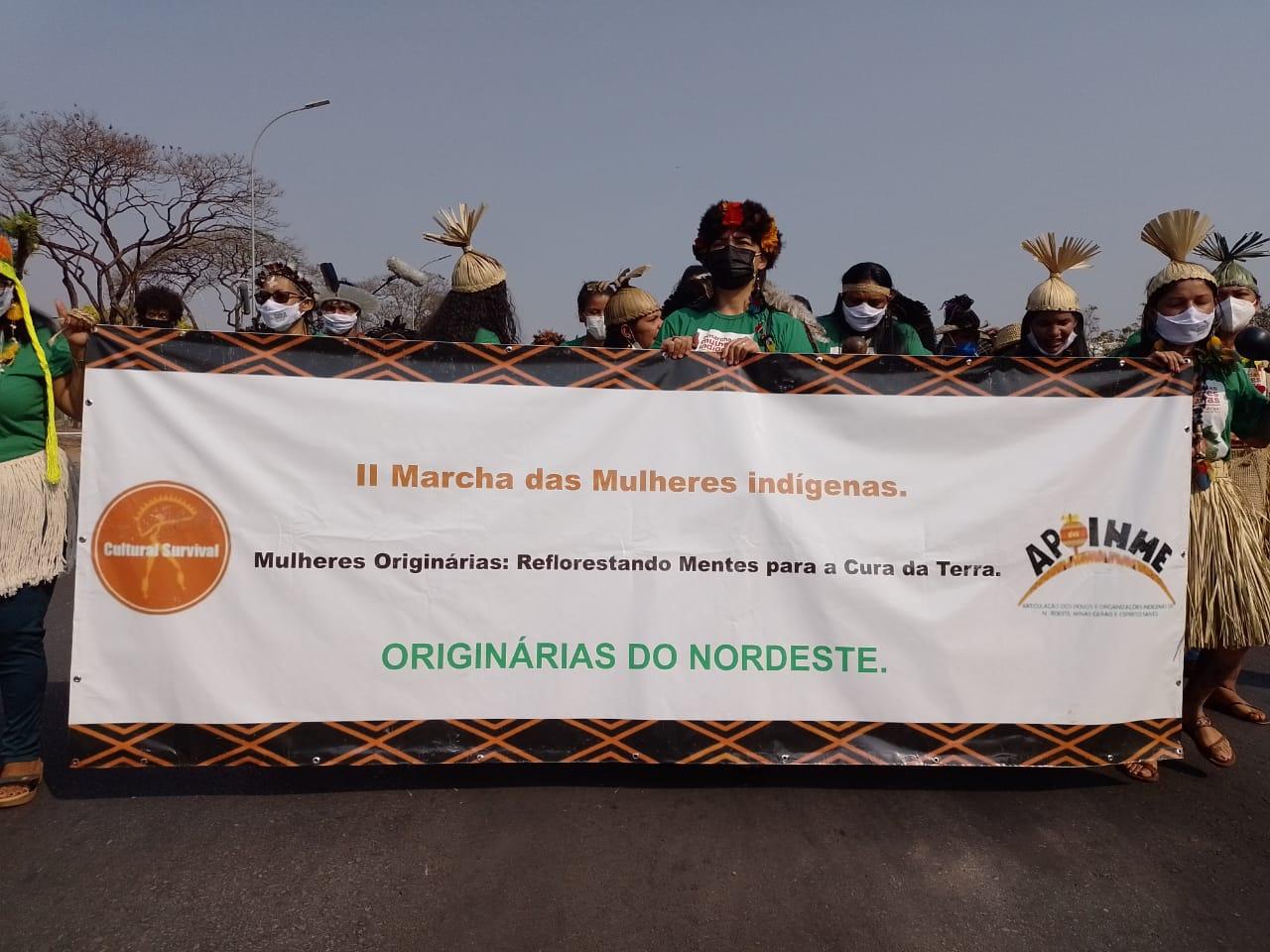 The goals of the Second Indigenous Women’s March were to strengthen the Indigenous movement as a whole and encourage participation, expansion, and political involvement especially of women and youth, and to secure land and territory. The March was not going to be held due to the COVID-19 pandemic, however, Indigenous mobilization became imperative in the face of the gross violations of rights and the extreme violence that Indigenous Peoples and their environment have suffered in Brazil. For Indigenous women, it was essential to be united in defense of their customs, traditions, and traditional knowledge for present and future generations.

Indigenous people from all over Brazil took part in the March, many of them were already mobilized in Brasília because of the Acampamento Terra Livre (ATL - Free Land Camp), the La Klanõ Indigenous Land judgment of the Xokléng Peoples, (Santa Catarina state) and as a result of Brazilian Independence Day (7th of September) celebrations when several protests and against President Jair Bolsonaro.

The expected turnout for the entire March was 3,000 people, but with the presence of relatives mobilized around all these events, the number of those present at reached over 7,000 people. Keeping everyone safe, fed, hydrated, and with access to masks and hand sanitizer to follow COVID-19 protocols was a great challenge at the camp and at the March. For the women supported by KOEF, collectiveness and harmony between genders and generations led to a demonstration of strength, courage, hope, ancestry, tradition, culture and spiritualities to overcome obstacles.

The key phrases during the Second Indigenous Women’s March were used to praise all biomes, alluding to women as biomes (mulheres-biomas), and as “land women”; “seed women”; “water women”; “root women”; “spiritual women.” Another frequently mentioned expression during the event was related to the theme of the first March held in 2019: “women’s bodies, territory, and spirit.” In addition, the current theme   of the movement of these women was echoed throughout the event: “We are the healing of the Earth.”

Other demands that the Second Indigenous Women’s March reiterated were: “Demarcation now”; “No to the Marco Temporal (a kind of historically-based demarcation time-frame)”; “No to the Bill (PL) 490”; “Warriors of ancestry”; “Caatinga women”; “Atlantic Forest women”; “Cerrado women”; “Indigenous blood, not a drop more”; “We are resistance”; “No more Bolsonaro”; and “No more genocide.”

The Keepers of the Earth Fund (KOEF) is an Indigenous Led Fund within Cultural Survival designed to support Indigenous Peoples’ community development and advocacy projects. Since 2017, through small grants and technical assistance, KOEF has supported 190 projects in 37 countries totaling $828,067. KOEF provides, on average, $5,000 grants to grassroots Indigenous-led communities, organizations, and traditional governments to support their self-determined development projects based on their Indigenous values. Predicated on the United Nations Declaration on the Rights of Indigenous Peoples, Cultural Survival uses a rights-based approach in our grantmaking strategies to support grassroots Indigenous solutions through the equitable distribution of resources to Indigenous communities.