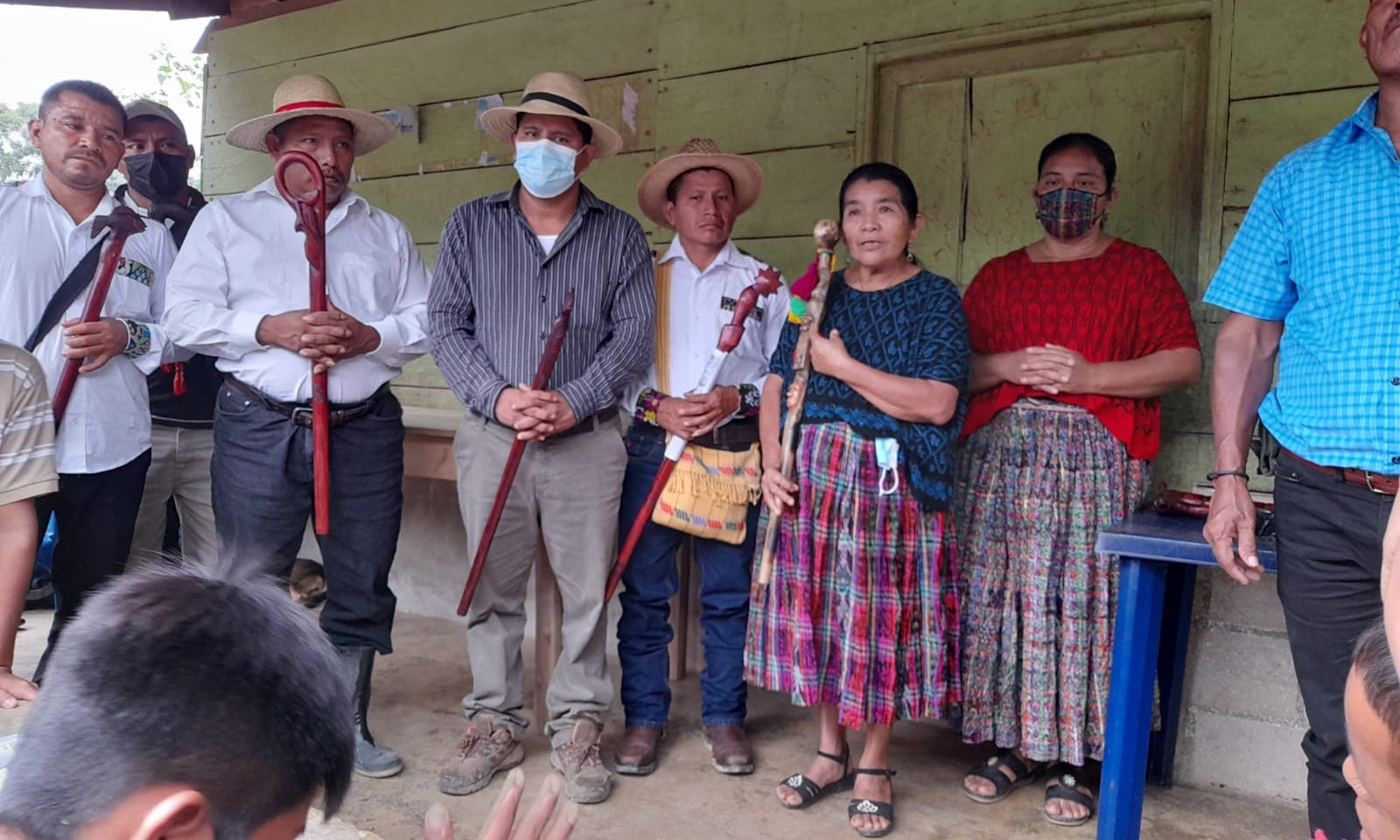 In October 2021, members of the Indigenous Q’eqchi community in El Estor, Izabal peacefully blockaded a road for 20 days as a way of interrupting the activities of the Fénix nickel mine and demanding compliance of the ruling 607-2020 of the Constitutional Court to suspend mining activity. The Ministry of Energy and Mining previously authorized the Fénix mine without the Free, Prior and Informed Consent of the affected communities of San Antonio Senahú, Santa María Cahabón, Panzós de Alta Verapaz, and El Estor. In doing so, the ministry violated Indigenous Peoples’ rights protected by the UN Declaration on the Rights of Indigenous Peoples, ILO Convention 169, the American Declaration on the Rights of Indigenous Peoples, and the Guatemalan Constitution.

Located on the shores of Lake Izabal, a crucial resource of freshwater for the surrounding Maya Q'eqchi' communities, the Fénix mine is the only active metal mine in Guatemala. It extracts 120,000 tons of nickel per month, making it the largest in Central America. Nickel is a key material in the production of batteries used to power electric and hybrid vehicles. In recent years the global demand for nickel has skyrocketed alongside the exponential growth of the electric vehicle sector as governments rush to meet zero emissions targets by 2030. The Fénix mine has been mired in violent conflict since it was first installed without the consent of the community in 1960.

On October 22, 2021, the riot control police responded to the demands made by the traditional Q'eqchi' authorities from the Ancestral Council to stop mine operations by repressing the community with excessive force. Two days later, President Alejandro Giammattei declared a state of siege for 30 days. This measure suppressed civil rights such as freedom of expression, freedom of movement, the right to demonstrate, and the right to bear arms, and made it lawful to arrest people without a warrant or interrogation.

For some context, in 2018, communities in El Estor filed a constitutional action before the Supreme Court arguing that granting a license to the Fénix mine was a violation of their right to Free, Prior and Informed Consent. A year later, in 2019, the Supreme Court issued a resolution in favor of the communities, ruling that the mine should stop operations and hold proper consultations with the affected communities. The communities asked for, and were granted, an 18-month extension in order to clarify the procedure for holding proper consultations. Despite the ruling, the mine continues to operate.

That same year, the Constitutional Court ratified the Supreme Court’s ruling (file 697-2019) ordering the suspension of the mine’s owner, the Swiss-based Solway Group, mining license and ordering the Ministry of Energy and Mining, together with the operator of the Fénix mine, to perform the consultation as established in ILO Convention 169 with the Q'eqchi' Peoples in Senahú, Cahabón, Panzós, and El Estor. The Ministry of Energy and Mining was assigned the responsibility of complying with the resolution and was given a document with a list of Peoples and State institutions that had to participate in the process, with pre-consultation and consultations to be carried out within a period of 18 months. The document specifies that urban and rural development councils are not recognized as legitimate representatives of Indigenous Peoples in consultation processes because they are part of the State infrastructure; therefore, those councils do not represent Native communities.

According to the official website of the Ministry of Energy and Mining, some consultations have been initiated since June 2021. When ancestral authorities learned that such processes were moving forward and they hadn’t been included, they organized themselves to submit a request to the Guatemalan government demanding the respect of the right of self-determination of the Q'eqchi' Peoples. With this, they were aiming to have the right to elect their own legitimate authorities and appoint them to truly represent the Q’eqchi’ community in the pre-consultations and consultations.


Contravening the Court’s resolution and ignoring the statement made by the Ancestral Council of Q’eqchi’ Peoples, the Ministry of Energy and Mining manipulated the consultation process, including only people that sympathized with the mine and excluding the legitimate representatives and ancestral authorities of the affected communities. The manipulated consultation was instead performed with the Council of Mayan Q'eqchi Indigenous Communities. This newly formed body, which was likely named so as to cause confusion with the legitimate Ancestral Council of Q’eqchi Peoples, does not represent the Q'eqchi' Peoples—it aligns with the interests of the mining company, and submitted an amicus brief in favor of the Fénix mining project. Following a complaint submitted by the authorities of the Q’eqchi’ community, the Constitutional Court issued a statement upholding its previous ruling (file 887-2022) where it was determined that the Fénix nickel mine is operating illegally. 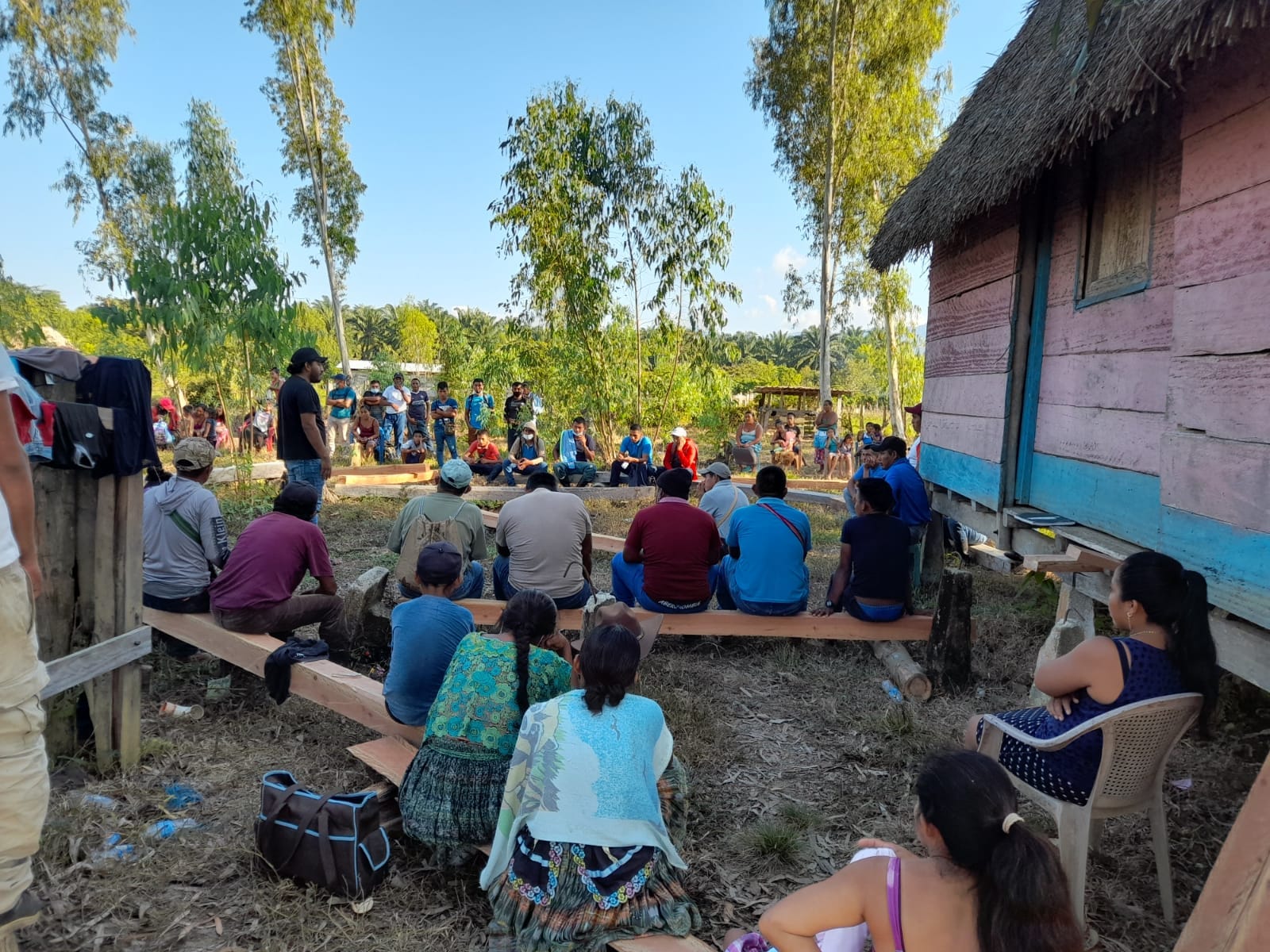 Criminalization of community leaders
According to the Guatemalan newspaper Prensa Libre, ever since the state of siege started, journalists, activists, and local organizations have been harassed and their homes have been raided by the military, targeted either for expressing their opposition to the mine or for covering events related to the opposition. Due to these rights violations, the Q'eqchi' Ombudsman has joined in a lawsuit against the mine before international courts.


The community radio station Radio Xyaab' Tzultaq’a, a Cultural Survival grant partner, has widely covered the peaceful protests against the mine; for this, the station was raided during a similar state of siege that occurred two years ago. "We fear that the harassment will continue because of our advocacy work within the communities that are fighting for the protection of their territories and because of the demands they have made seeking the permanent closure of the mine," said the station director.


On January 14, 2022, Judge Aníbal Arteaga López ordered the immediate arrest of 12 people, including Cristóbal Pop and Julio Anselmo Toc, president and vice-president of the Estor Fishermen's Association, respectively; Raúl Tacaj, co-founder and president of the Asociación Estoreña Para el Desarrollo Integral; and Ernesto Choc, journalist for Prensa Comunitaria. According to information provided by local people who requested not to be identified, the Solway Group is behind the arrest warrants. Sources say the company bribed the Guatemalan police and army to accuse several community leaders of instigating people to commit crimes. Under these false accusations, the police were lawfully entitled to proceed with the arrests.


“The situation we find ourselves in is quite difficult,” says Pop. “The resistance of October 2021 resulted in an arrest warrant...there are arrest warrants against me and other members of the Board of Directors just for confronting and telling the truth to the departmental governor, that the mining company is working illegally. This persecution has greatly affected my economic life, family life, and health. I have four children; three of them no longer study because I am not free to work. I also feel guilty that [my wife has to work] out of the need we have, and she has to do it with the fear of being captured or killed.” 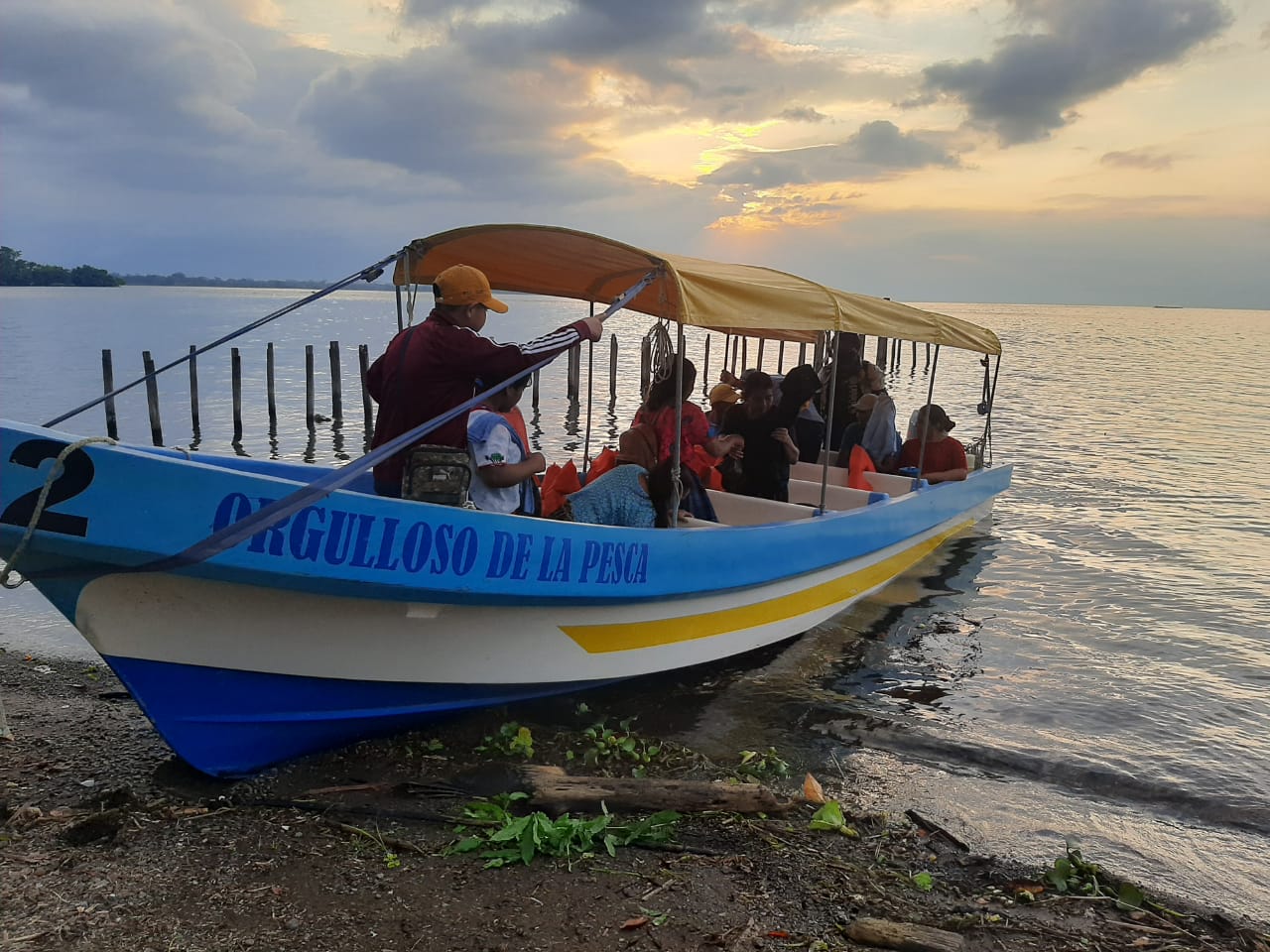 Pop says that the judicial system in Guatemala is protecting the interests of the owners of the mining company instead of defending the population that needs protection. “There are no guarantees, there is no reliability. A complaint was filed with the environmental prosecutor in 2017 about the pollution and all that the company was doing. It never moved forward.” He adds, “When they tried to kidnap me in 2018, the complaint was filed before the Public Ministry and they did not do anything.”

Tacaj (Maya Q'eqchi') said, "I was working here in the town ignoring that there was an arrest warrant against me... when I found out, there was already a lot of surveillance nearby the office and my house. I spoke with a lawyer who informed me that supposedly policemen were assaulted in October 2021, and they accused me of instigation to commit a crime.”

In an interview with Cultural Survival, Tacaj clarified that he was not in El Estor when the alleged events occurred. He chose to appear in court on April 6, 2022 to prove his innocence and was granted probation, being ordered to appear before the Court to sign the attendance book once a month for four consecutive months. This probation has had an impact on Tacaj's life; his colleagues say that he has been psychologically and physically affected by the criminalization he suffered. “It has affected my nerves. I already had a facial effusion, and now my lip trembles. I also got Covid, which has weakened my body considerably,” Tacaj confirmed.

Most recently, on June 13, 2022, 94 community representatives presented their complaints before the Inter-American Commission on Human Rights, denouncing the violation of the consultation process, the illegality of land ownership by the company, and the criminalization of those who have been standing in opposition to the mine. The next day, Pop was arrested following a press conference in Guatemala City denouncing the pollution caused by mining and the violation of the communities’ collective rights.

Lawyer Rafael Maldonado believes that Pop's arrest is a “mere criminalization process” due to his status as a human rights defender. “It is noteworthy that the order was issued by Judge Anibal Aretega of the municipality of Puerto Barrios Izabal, who, in the leaked documents published by Prensa Comunitaria and other international media, appears to have repeatedly received gifts from the mining company CGN, which operates in El Estor,” he said.

“Pop has been the object of threats and control measures to the point that his house has been monitored with drones, and vehicles and motorcycles without license plates have been observed passing through his residence,” said Abelino Chub. According to information provided by Wendy López, a lawyer from the Indigenous Peoples law firm, Pop is currently in a Guatemala City jail and will be transferred to the pre-trial detention center in Zone 18. “Given the arrest of Cristóbal Pop, the Fishermen's Association has expressed concern about his health status, which will surely worsen in detention,” said Olga Ché Ponce of the Fishermen’s Association.