Technological Sovereignty: The Importance of Community Intranet to Indigenous Communities

The struggles of Indigenous Peoples to secure access to media is related to the recognition of their inherent rights to territory. It has been a long and difficult road, with the closure of radio stations, criminalization of radio members, imprisonment of broadcasters and community journalists, and assassination of their staff members. The laws concerning access, operation, and management of the media in Mexico were enacted in the 1970s; since then, Indigenous Peoples have tried with varying degrees of success to make their voices heard and their images seen. In 2004, two communities finally succeeded in having their communication rights recognized by the State: Radio Huandari, run by the Purépecha Peoples from Michoacán, and Radio Jënpoj, run by Ayuujk Peoples in Oaxaca.

In lieu of State-supported access, throughout many Indigenous territories, Indigenous Peoples have been able to organize to operate their own media and communications technology through CB radio, UHF television and FM radio broadcasts, community internet, and local community cellphone networks. These platforms are operated, administered, and managed by the community, which is often rural and Indigenous. They are affordable, which further benefits their communities because of low operation costs. The ability of these communities to organize and create access to media not only shows their organizational capacity, but also their ability to transform mainstream media, strengthening Indigenous oral cultures, worldviews, and languages in the process.

In the last 20 years, community radio has been a fundamental tool of resistance and resilience for Indigenous Peoples and their communities. The leaders of large Indigenous organizations have made the public aware that the struggle for Indigenous media rights is rooted in the struggle for the recognition of basic human rights. Above all, the right to communication is strongly linked to the rights to territory and self-determination, and is considered a basic element of survival of Indigenous communities in Mexico.

As communications technology continues to evolve, the few remaining radio frequencies not yet concessioned to private companies have been used to strengthen the communication processes of community radio stations. Through wireless networks, whether for the creation of a community intranet system or internet service, Indigenous communicators have been able to link their stations to the rest of the world, thereby breaking the geographical barriers of FM radio. They have been able to make national and international connections to share experiences, struggles, and joys, demonstrating that communication between Peoples has no borders.

The internet is a disputed territory, and similar to non-digital media, it has been dominated by a commercial vision focused on short-term profit. Many companies give preference to some provivers over others and that boils down to customers paying for more expensive services to get preferential access to services such as streaming platforms. Access to territory as a collective human right of Indigenous Peoples is focused on collective digital rights. These include the rights to free expression and communication; privacy; universal and equal access; freedom of association online; internet neutrality; and the right to human and biological diversity. These rights are not yet recognized by all State governments but have begun to be discussed at international forums and promoted by civil society organizations. Additionally, the practices of State-sponsored espionage and use of personal data for commercial purposes without the consent of users by large internet companies and social networking platforms are being questioned and prosecuted.

The democratization of the internet has not yet been realized, but in the meantime, Indigenous communities are creating alternative processes for access, use, and dissemination of information, generating processes of equitable communication and mutual agreement based on the shared use of dedicated servers and the exchanging of experiences from collectives and activists for the right to an internet free of censorship. Today, they are front and center in dialogues about access to networks and their autonomous management by communities as part of their territorial sovereignty. This is called technological sovereignty. 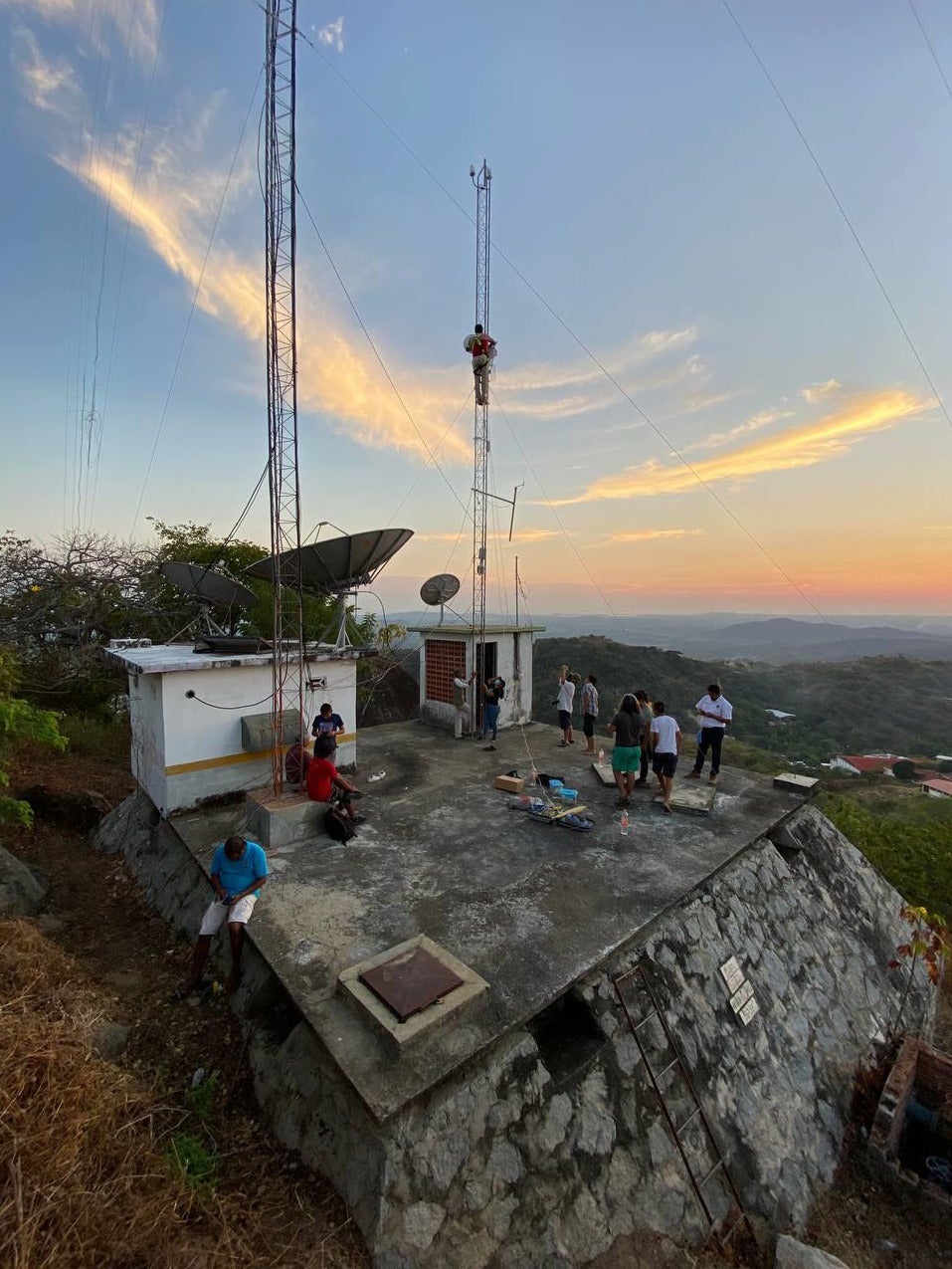 Technological sovereignty only works within autonomous networks. Recently a network of radio stations on the coast of Oaxaca, supported by Cultural Survival’s Indigenous Community Media Fund, created such a project. Intranet and community internet are networks that are self-managed by collectives and communities; decisions are discussed in assemblies and meetings, made collectively, and always have the common good in mind, respecting the principles of transparency and privacy.

Saman Tu'u (Weaving Networks) is a project born from the need of four radio stations and a radio production center to communicate with each other in order to share content and programming. Previously, their lack of access to the internet and their mountainous locations did not allow them to communicate in real time, despite being relatively close in proximity. Thus, e, and La Casona Radio Production Center joined forces to take advantage of broadband technology and installed three dedicated servers, managed by the radio stations, which now serve to store programs produced by each station as well as photographs, videos, and documents. 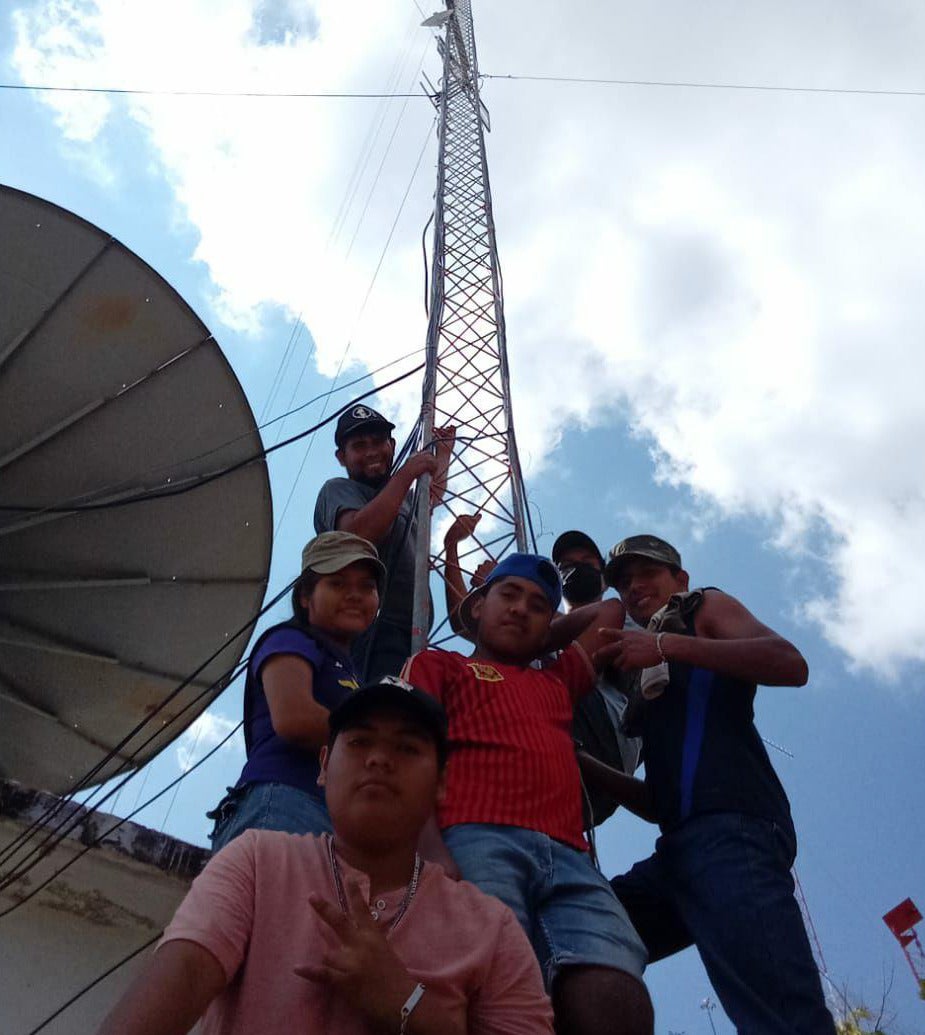 In addition, each station can now have its own local streaming service, and in the not-too-distant future, they will be able to provide broadband internet to Estereo LLuvia, Radio Ñuu Kaan, Estereo Ndoso, La Voz del Pueblo Tacuat, which will address their virtual isolation. Because one of the servers is located near a fiber optic cable, Saman Tu’u will be able to provide internet service to the local communities, providing them with access to intra-community interaction. 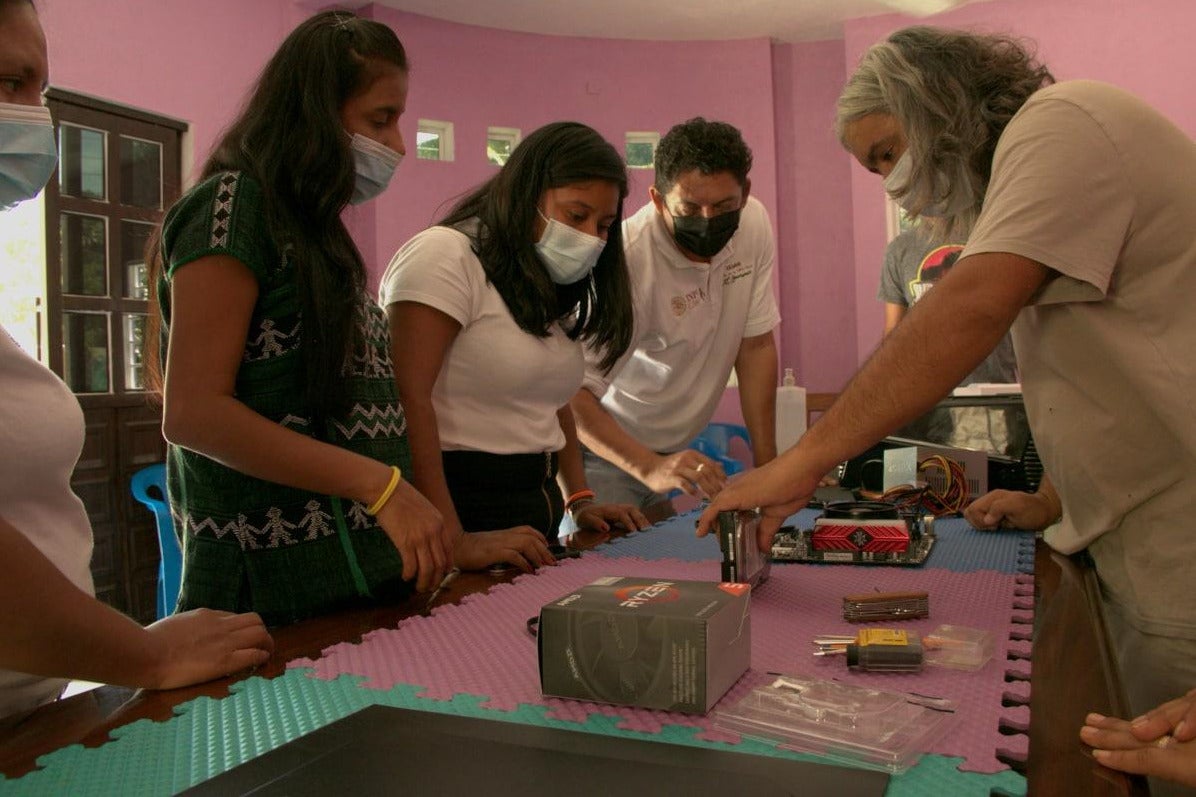 An essential component of supporting Indigenous communities in their self-determination is to resource their communications projects. Indigenous-produced programming strengthens Indigenous Peoples’ capacity to claim their rights and enables access to essential information and broadcasting in Indigenous languages that ensures widespread understanding and cultural continuity.