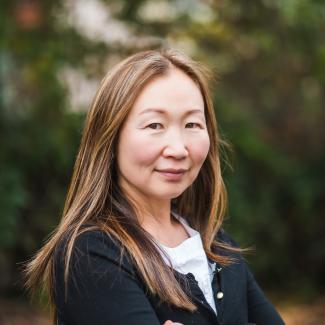 As Cultural Survival’s new executive director, I am very pleased to share with you in this issue of the CSQ a few of the important voices of the Indigenous LGBTQIA+ communities, which for far too long have been marginalized, silenced, and discriminated against. Indigenous Peoples are often thought of and referred to as homogeneous groups, when in reality there are many subgroups and cross-sections.

Compared to the general population, Indigenous LGBTQIA+ persons disproportionately live in poverty, face physical violence and discrimination, miss more school, are at a higher risk for HIV, have limited access to justice, and suffer higher rates of suicide. In advancing the rights of Indigenous Peoples, we cannot work in silos; LGBTQIA+ people must be an integrative part of the movement at all levels.

Gender-based violence is one of the biggest challenges facing Indigenous communities today, and LGBTQIA+ people (and all Indigenous women) are at the forefront of those affected. Josie Raphaelito (Diné) writes that the Diné College Policy Institute found that Navajo LGBTQIA+ youth are eight times more likely to commit suicide than white LGBTQIA+ youth, with over 40 percent of the transgender community facing physical violence or death. I am inspired by the courage of LGBTQIA+ activists who decide to live their truth openly facing criticisms, threats, abuse, and sometimes even death to break barriers, and encourage others to learn tolerance and self-acceptance. As Anthony Johnson (Diné) states, “It’s our hope that by being open about who we are, that every LGBTQIA+ youth will feel safe to be who they are.”

Jose Gaspar Sánchez (Lenca) poignantly sums up the consequences of remaining silent: “If we do not speak, do not discuss it, people will continue to ignore us.” Often this courage comes from traditional knowledge and reconnection to precolonial Indigenous cultures where, with a few exceptions, sexual diversity was widely accepted, if not celebrated. Many Indigenous communities have their own terms, histories, and stories of nonbinary and gender nonconforming people. However, as James Makokis (Cree) notes, “With the imposition of colonization, Christianity, residential schools ... a lot of those teachings of gender diversity have been lost and a lot of people are searching for their identity as Two-Spirit people and the roles and responsibilities that come with that.”

A return to original teachings and stories can help decolonize and Indigenize spaces for the LGBTQIA+ community. Unfortunately, in some places this knowledge has been lost. Peter Sipeli (iTaukai) writes, “English colonizers did a very thorough job of indoctrinating our people into Christianity, to the point where now Fijians see aspects of our own pre-European contact culture as ‘demonic’ and ‘pagan.’ It’s very difficult in Fiji to even have a conversation about our Indigenous traditions of being... So much of this kind of knowledge has been lost.”

Much work remains to be done in the revitalization of Indigenous cultures and languages. Organizations can also make an impact by mainstreaming LGBTQIA+ rights. I hope you will join me on this journey to respect, protect, and fulfill the rights of all Indigenous Peoples by investing in Cultural Survival today.