The Journey of Self-acceptance 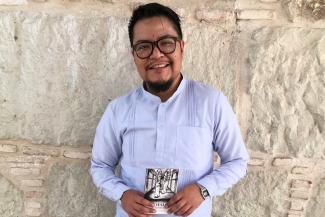 I was born in Mexico City but I am a Zapoteco-Mixteco son of migrants who moved there in the '70s. At 12, I returned to my roots, to Zaachila, Oaxaca. I am now 35 years old. I am a transgender man who likes to write poetry; I am a communicologist by profession. My paternal and maternal uncles instilled in me the love for our Peoples and our customs. I want to create change through art, culture, and alternative education. I am a transexual man. I take hormones. I am heterosexual, but there are also trans men who can be gay or bisexual.

Right now Zapotec is not widely spoken, but there have been efforts by the youth to rescue the Zapotec language. I myself have taken language classes, but they are not consistent due to lack of funds to organize them. I believe there are other ways to revitalize Zapotec, in our stories and our traditions.

My childhood was spent in Mexico City where my parents worked in a hospital as chemists. We lived near my maternal grandmother’s house. She sold many products from Oaxaca, which is how I had contact with mezcal, for example. I had a happy childhood. When I became an adolescent, everything changed. My body changed, breasts began to grow, and a female body began to form. This was a shock. When I was a child I always imagined that the next day I would wake up as a boy.

My family moved back to Oaxaca when I was 12 years old. It was a great change; everything was very different except the food—wherever the people of Oaxaca go, they take their culinary traditions with them. I saw the differences in the spaces. I needed my friends and I faced the dilemmas of my physical changes. If, at that time, I had known the term ‘trans’ or that other transexuals existed, everything would have been easier for me. I probably would have talked to my parents. But I did not know. I was attracted to girls, but I felt different and I couldn’t fit the definition of lesbian. That was another shock. My relationships with other people were ambiguous. I felt lost, misplaced.

My decision to meet and accept myself as trans I owe in large part to social networks. Social networks let me know that there was a whole community out there. I found a man in the United States who described his changes on YouTube. I searched in Spanish and found a trans person in Spain. When I was 29 years old, I started looking in Mexico and Oaxaca. Trans women are more visible because of a series of social factors. When I didn’t find trans men, I started asking women sex workers about their hormonal treatments. It was through Facebook that I managed to connect with people in my same situation locally and in the rest of Mexico. There are 25 of us transexual males in all of Oaxaca. 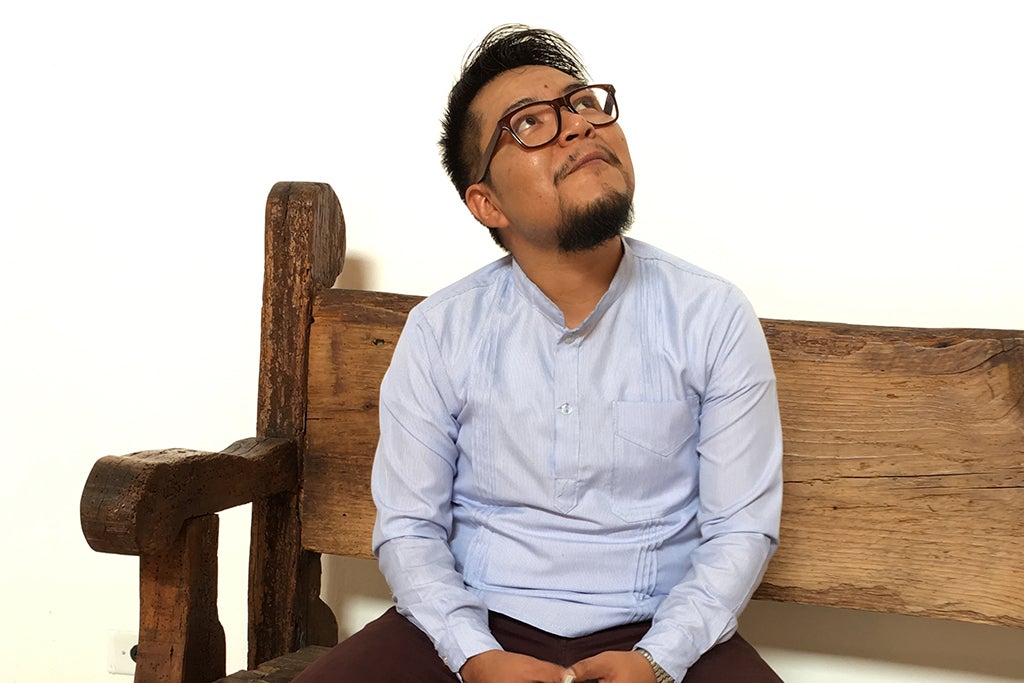 Social networks also motivated me to make the final decision to start my transition. I asked my sexologist why there were no other trans men, and he said that is common for men who have finished their transition to start a new life and leave. I was determined to stay in Oaxaca; I did not want to leave. I made my transition in the company of my family, my friends, and the people of the community. My entire transition was in Oaxaca.

The hardest thing has been the fear of myself. I have been very fortunate and privileged because I have not experienced physical or emotional abuse and violence because of my gender situation. What has not been so easy is to talk with other trans men. I identify myself by talking with them because trans men have particular issues and difficulties, very different from those of trans women, who bear greater social burdens precisely because they are women. When I encounter sexual aggressions because of the conversion, which really happens in the city or in the villages, I think of that fear that something ugly could happen to me. No one is exempt in this country from these things.

Being with my family is something that I value very much, a joy that I never lost, and was not at risk as a result of my transition. One of the sweetest moments of my life was one day when I was driving in my car, already having had two months of hormonal treatment. That day I was surprised because I heard a change in my voice. My voice sounded different . . . it seemed to flood my little car. This was very significant for me because I was involved in community radio and people knew me by my voice; I had started on the radio in 2006 and my voice was now different. I felt fear because people not only knew me for being my mother’s son, but also for my work on the radio, for my voice. I ended up writing a poem named “My Voice.”

In my cultural work, I think that I have a lot of influence from my Mixteco culture where there is a lot of closeness with the land. It greatly influences the cultural and communal work that I do with my Zapotec roots in Oaxaca. What I write here is influenced by the Mixtec “there.” “There” is my grandmother who told me many traditional stories, and a cottage in the countryside that I visit with my family where I remember the places and walks with my grandmother looking for mushrooms. I have aunts, uncles, and cousins, but I don’t have local work and life in my Mixtec community. I do not think it is due to my transition.

In the Zapotec community, it has not been difficult for me because my relatives are known as cultural promoters and because of my work on the radio. In the community there is recognition of my family and for my contributions. In my community the issue of sexual diversity is taken differently because there are many people who express their sexual orientation, live as a couple, as a family, and make their contribution. The “Las Güeras” troupe, for example, has been appropriated by the diversity community. It has become a party for men to play with their gender roles, many dressing as women, and there are trans people who participate. This is an example of the opening of Indigenous Peoples to diversity.

As for the trans communities of our Peoples, I do not feel able to judge those who migrate. Those of us who remain have to reflect a lot about our relationships and the rest of the social fabric. I have met people from other communities who have had to leave. In my case, the community welcomed me in, and I’m still here. It is already a task for us to speak for ourselves and use all spaces like this to say “here we are.”

To Her: The joys have long been in the trunk to protect other’s poison
This is a path full of sins but the end will come / until then forgetfulness will reach us. How will I explain the extinction of her voice and her new silences / or that her words are now distant smiles for those who do not want to hear / how will I justify her death when she dawns naked on the bed with an imaginary phallus in her hand and bloodied chest / why I apologize for her death if I will also lose her / I also witnessed her burial / I will throw the flowers that are necessary for her to leave happily / then she will live in my memory / in the scars that will leave her passage through my body / she will appear in the mirror once in a while just to say goodbye / she will be happy to say goodbye once, twice, infinitely, I will allow her / she can leave as many times as possible and everyone will ask me to pronounce words in her name / I will not / I will cry with her / I will do my way, alone, in peace. — Daniel Nizcub

Main Image: Daniel Nizcub, who identifies as a trans man, posing with book of poetry.