Our Sacred Sites Are More Important than a Lithium Mine

I am Gary McKinney, Western Shoshone/ Northern Paiute Indian, enrolled member of the Duck Valley Shoshone Paiute Tribes of Idaho and Nevada. I am a spokesperson for the Atsa Koodakuh wyh Nuwu (People of Red Mountain) and the Co-Scout for the American Indian Movement Northern Nevada Chapter. We oppose the Thacker Pass open lithium mine for many reasons, starting with the lack of meaningful consultation. As descendants of Tribal Peoples, we carry a history of trauma of being displaced from our rightful lands by methods of deceit such as broken treaties. Today, we seek to ensure the protection and preservation of what remains of our Tribal cultural landscapes. We’re calling places like this sacred to our people and we want them left alone, all across this continent.

Peehee Mu’huh, or Thacker Pass, sits at the southern edge of the McDermitt Caldera in Humboldt County, Nevada, and is known to us as a massacre site. On September 12, 1865, a mass of Paiutes were murdered by the U.S. Cavalry. Ultimately, two baby boys were spared by one of the officers whose last name was Thacker. That is the highly speculated origin of “Thacker Pass.” We know that more than that one massacre took place between the U.S. Cavalry and the Paiutes; inter-Tribal battles also happened at Thacker Pass between the Pit River and the Paiutes throughout that landscape.

Today, we find ourselves at the crux of the lithium boom, this green energy transition. In January 2021, federal land managers approved a request by the company Lithium Americas to make Thacker Pass the site of a new lithium mine, which would consist of open-pit mining and lithium processing operations. The mine would be used to produce lithium carbonate, which would be turned into battery-grade lithium for consumer products such as electronics and electric vehicles. The mine would also include an acid plant, which would use sulfuric acid for leaching and generate steam to power the mine. The project spans 17,933 acres, around 5,700 acres of which would be the site of the mine itself. The remaining land would be used for exploration. The expected lifespan of the project is 41 years. 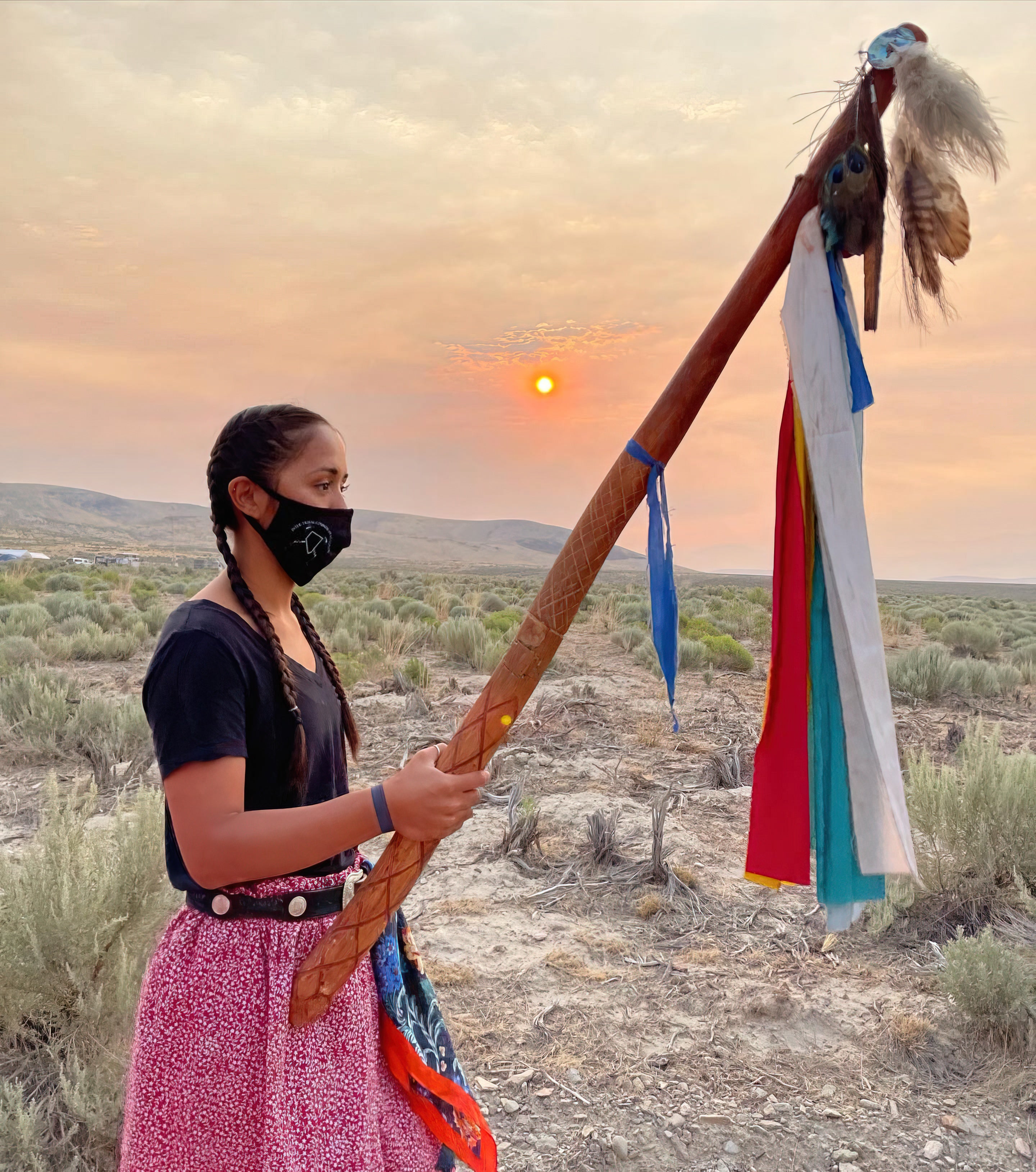 
The Thacker Pass lithium mine’s permits were granted without adequate consultation with Indigenous communities. We have to prove we were here because the United States government does not recognize our oral history and tradition. If we don’t do something, we’re going to lose more than resources and minerals: we will lose our history, which we cannot get back. The Bureau of Land Management was asked by the court to provide documents to concur with the massacre. If they provide the court with those documents, that would prove that area is significant. They have the documents, and there are public documents that can also prove it, but they don’t want it acknowledged.


This isn’t about the trees, grass, water, springs, ponds, or lakes; this is about investment. This is about pushing this project through so investors get their money. Right now there is an exponential demand for lithium, this “white gold,” for cars, phones, and tablets. Here we come in as the People of Red Mountain. We have stakes here. We’re being straight up with our fight, and we’re the prayerful bunch. We’re out there practicing the American Indian Religious Freedom Act and citing the Native American Graves Protection and Repatriation Act. We’re attempting to hold accountability where accountability needs to be held.


You do not have to look far to see how many communities impacted by mining had their streams contaminated and lost the fish they relied upon to sustain their community. This is already a dry country. You can’t mine and process lithium where there’s moisture; it needs to be in the desert. When the processing waste evaporates, the wind takes it and we’re right under it. It’s going to sprinkle right over the top of us. And over the course of time, we’re going to start seeing that change environmentally, seeing less water in our lakes, because they have to go through a process called dewatering and also rerouting water to the mine. They’re paying scientists and spokespeople to come in and campaign for this green energy transition. It’s all based on this climate crisis and all man made. What if there was no mining? What if there was no extraction? What if there was no dewatering, no evaporating, no running roughshod over communities? We might not see a climate crisis. This climate crisis is based on three roots: capitalism, colonialism, and extractivism. 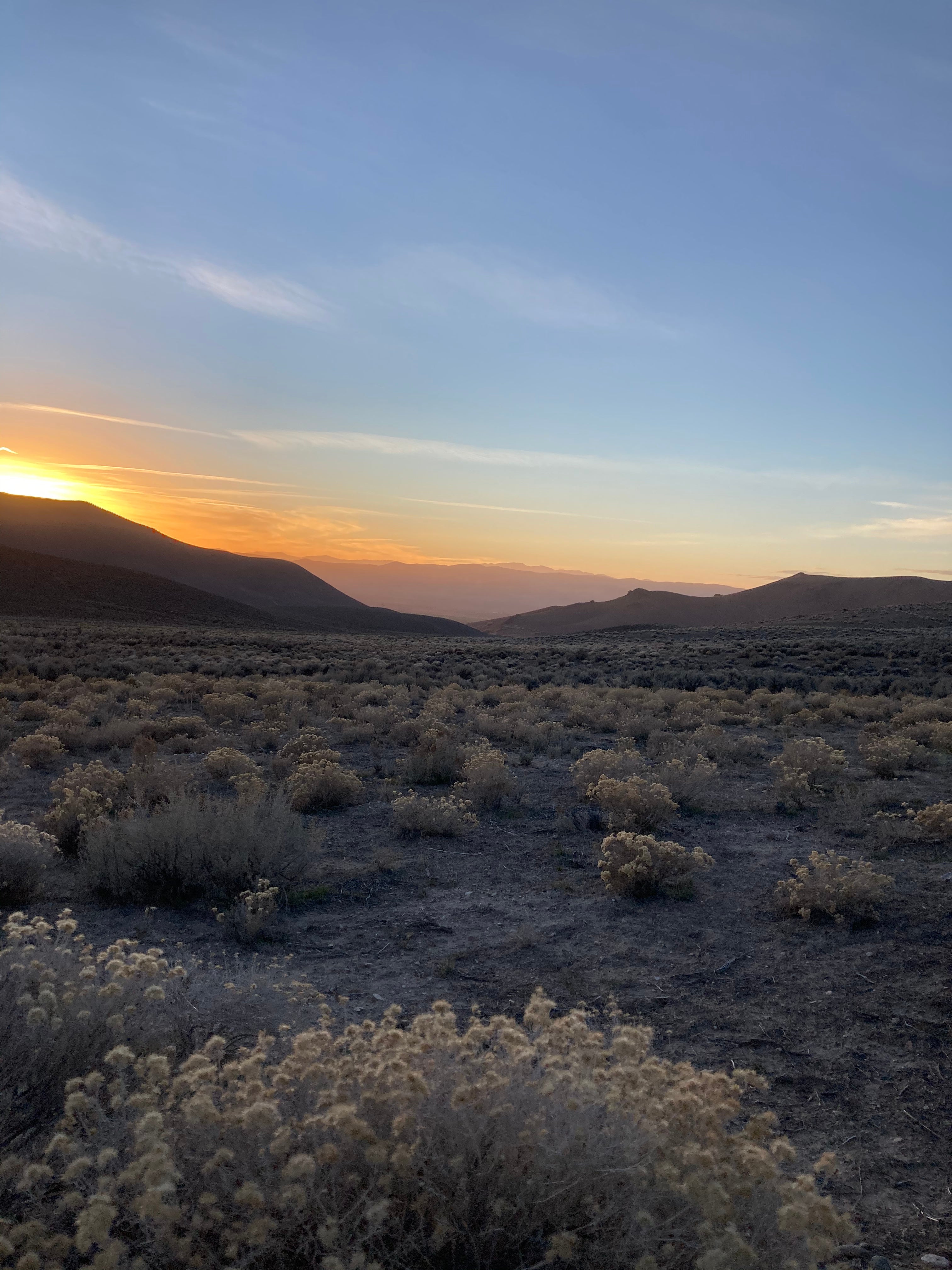 To meet the high demand for lithium, the Defense Production Act and the bipartisan infrastructure law are being invoked, which will disregard Tribal consultation. Tribal consultation is important to preserve and save the cultural sites and burial sites, the artifacts, the stories, all those things that they were meant to protect. The Defense Production Act is saying that corporations do not need to consult with anybody.


We’re not protesters. We’re land defenders and water protectors. This is about our people understanding that this system has been exploiting us, and now it’s time for us to wake up. The things that are really important to us, like our relatives, our animals, our relationship to each other, need to be protected. The change that we’re trying to make is a deep rooted historical change, outdated mining laws like the 1872 Mining Law. These were designed to “settle” the West, to evict the Indigenous Peoples off their lands. All these years later, mining laws in the U.S. still privilege mining over all other uses. Reform must include the requirement to obtain Free, Prior and Informed Consent of impacted Indigenous communities.


The most important thing about why I’m in this battle is for the Elders, who have seen and heard from their Elders. We’re holding gatherings and sharing information. We bring our drums, sing, and talk amongst each other. The next step for our work is to make sure that our Indigenous communities have a voice, because we’re being left out of this consultation process. Sometimes governments do not have the same views as the people in the community. As these consultation processes go on, we don’t want to be bought. We don’t want to sell out our history or the artifacts because we were taught a lot throughout our history. We need to be included at all of those meetings, we need to be involved in those commenting sessions. We want our treaty rights, we want our water rights. We want our air rights. We want to be left alone. We want our history here. We want our culture to be taught within our communities. We’ve always been here as Native Americans. We’ve been buried at Thacker Pass. 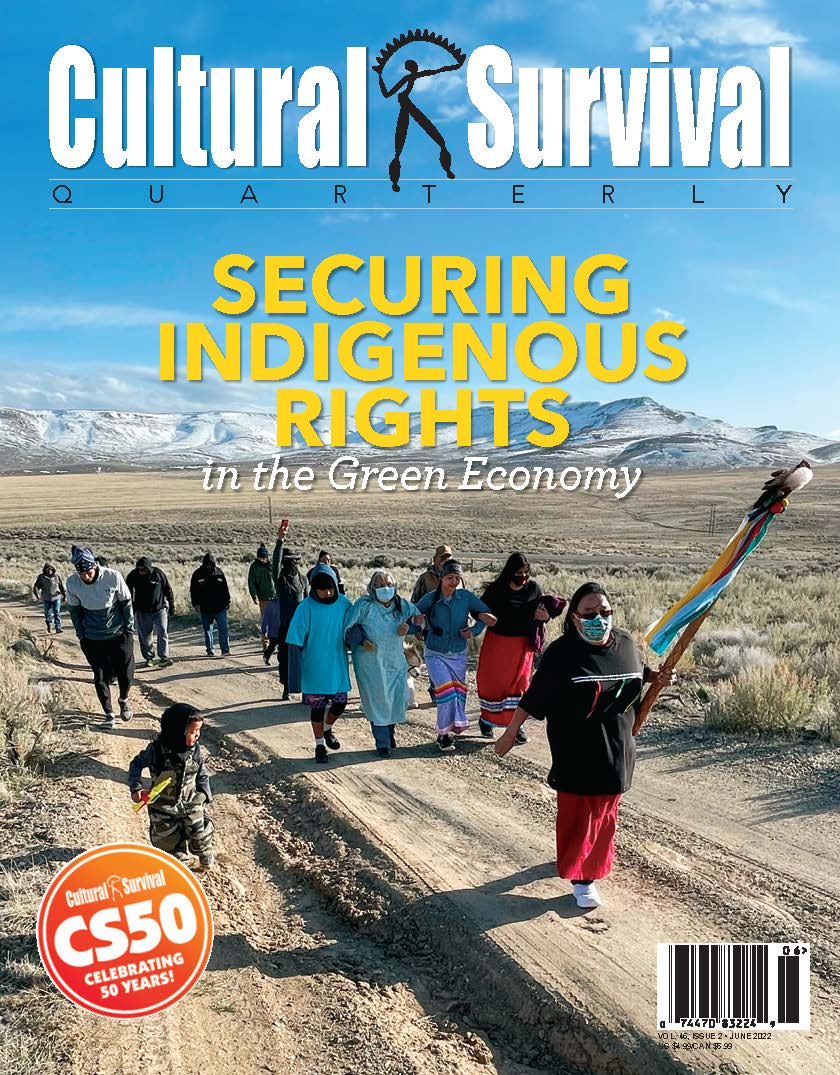