The Troubled State of the Buryat Language Today 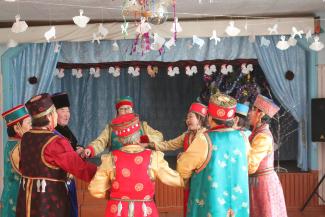 The Buryat language in Russia is in a critical state, despite the declarations and “efforts” of the local government and some minimal government budget allocations to address the problem. UNESCO has included the Buryat language in the Red Book of Endangered Languages. The situation is drastic to the extent that today, approximately 80 percent of the Buryat population does not know or speak their mother tongue.

Since childhood, I have spoken my native Buryat language. Back then, the whole community in my village spoke the language—in the family, at school, on the street. Today, our children, even in Buryat villages, have switched to Russian. In the 1970s, ’80s, and ’90s we saw a massive exodus of Buryat people from their communities to urban areas, which were predominantly populated by ethnic Russians. The rules and expectations were to speak Russian only, and in order to succeed and do well in the new environment, our people had to adapt by speaking Russian at work, at home, and to our children. In the cities, our people were shamed and harassed for speaking our language in public. That produced a cultural erasure and a break between generations.

Many schools offer the Buryat language as a subject, but children study it only if their parents submit a written request, and it is often offered at schools only as an extracurricular activity. In 2014, parliamentarians of the People’s Khural (Buryat Republic parliament) introduced amendments to the law on education specifying that the study of the Buryat language in schools is no longer compulsory.

Representatives of various Buryat communities speak many different dialects, live at great distances from each other, and are surrounded by a Russian-speaking population. These dialects are mostly oral and don’t have written sources, making it challenging to regain and grow new speakers as most Buryat people speak and use Russian as their everyday means of interaction and communication.

A shameful fact about our language history and a strategy used to divide and conquer is that when the official literary form of the Buryat language was chosen, all the other Buryat dialects were banned. As a result of this divide and inter-Tribal politics, our people are now not united around our language revitalization efforts and our language continues to decline. 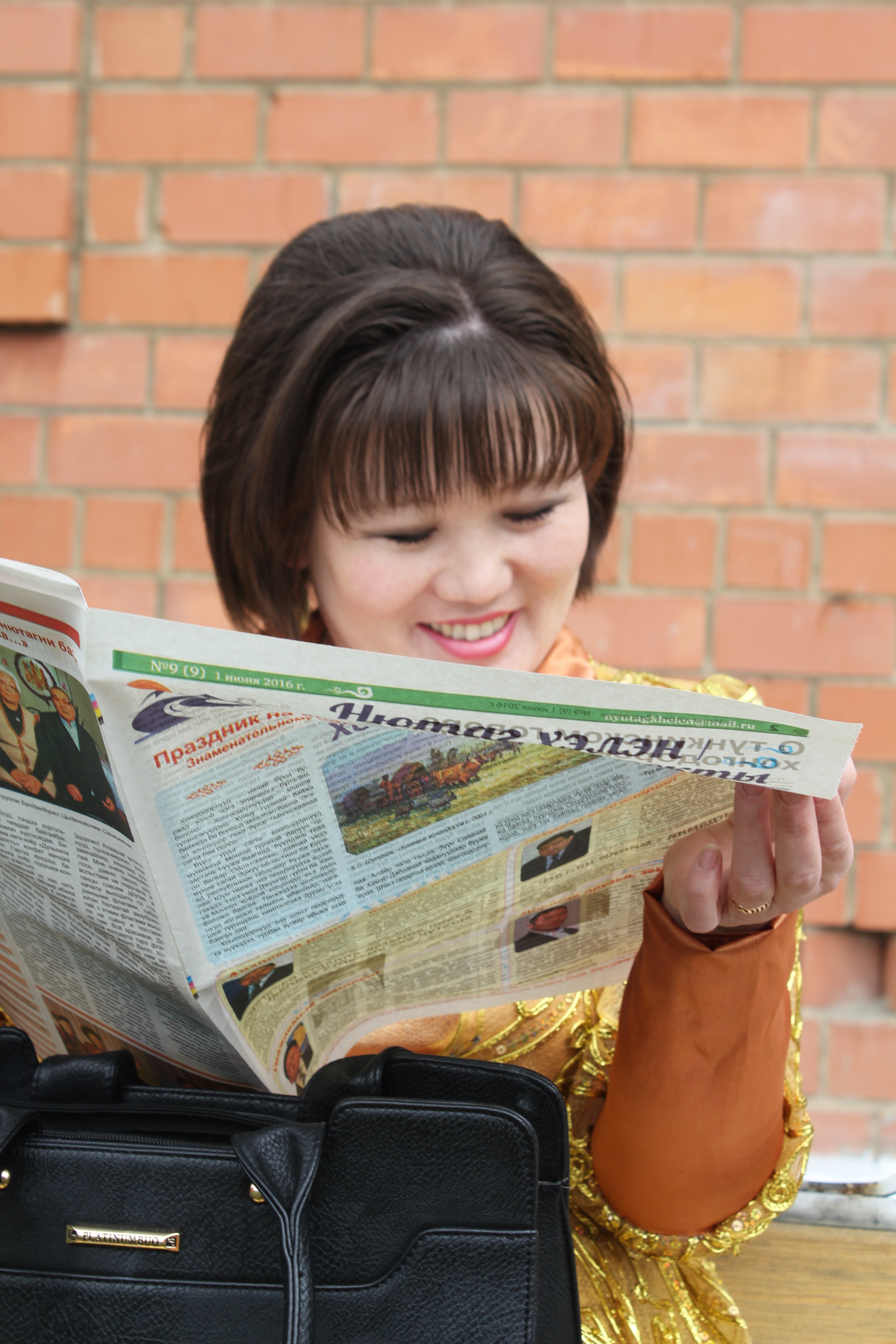 Three years have passed since “The Buryat language in the 21st Century” international forum. Buryatia was represented by the government of the Republic of Buryatia, the Buryat Association for the Development of Culture, and Buryat State University. As editors of the newspaper Nyutag Helen (Dialects), we submitted proposals to the forum on how to create the best environment for Buryat language revitalization. Unfortunately, many proposals so far have not been implemented.

We are very aware of the fact that our older generation still speaks the Buryat language, but the majority of our youth does not speak the language at all. In order to popularize our native language, we began to write short articles and essays and publish them in a local regional newspaper. We received a lot of positive feedback and gratitude from our readers. Many said they were surprised that it was possible to write in our Barguzin dialect because our people have been told that it was “rude” and “ugly.”

Most people do not understand that language is only stronger in the diversity of its dialects. This is why we came up with the idea to publish a newspaper in existing micro-languages, or dialects. There are five of them in the Buryat language, which are further represented in 14 sub-dialects. The goal of our publication, Nyutag Helen, is to connect Buryat people from all the regions where multiple Buryat language dialects are spoken. The first issue of the newspaper was published in October 2015 and was produced by Tsyren Choyropov (Цырен Чойропов), Editor-in-chief, and myself as founder, Editor, and distributor.
We are from the Barguzin Valley of the Republic of Buryatia.


Dinara Tregubova, one of the writers at the newspaper, comments, “The uniqueness of the newspaper Nyutag Helen is in an attempt to capture something that has never been captured before. Our dialects are an oral phenomenon and most speech features relate not to the spelling of words, but to their pronunciation. In fact, it’s often not clear how to spell them correctly using Cyrillic. Nyutag Helen reminds people who forget Buryat words of their language of their roots. Therefore, this newspaper does not separate the Buryats, but, on the contrary, contributes to the creation of a unified language environment, providing an opportunity to experience the richness and diversity of the native Buryat language. Having received an opportunity to raise their voices on the pages of this newspaper, people stop being shy and considering themselves illiterate. They begin to speak their native language more. The scope of the language is expanding, which is important for its survival. The editors of the newspaper are inviting new authors, including young people, to collaborate.”

In the past, discussions around language were dominated by linguists who believed that there should be only one literary dialect based on the Khori dialect of Buryat, and the rest could exist in oral forms without any recognition and support for their revitalization. During these discussions, we always expressed our position that the literary Buryat language must progress. Every language changes and evolves. It is necessary to enrich the existing literary language productively using the vocabulary of local dialects and subdialects. Speakers should also possess good knowledge of both local dialects and the literary language and continue to study them so the language can enrich and further develop. 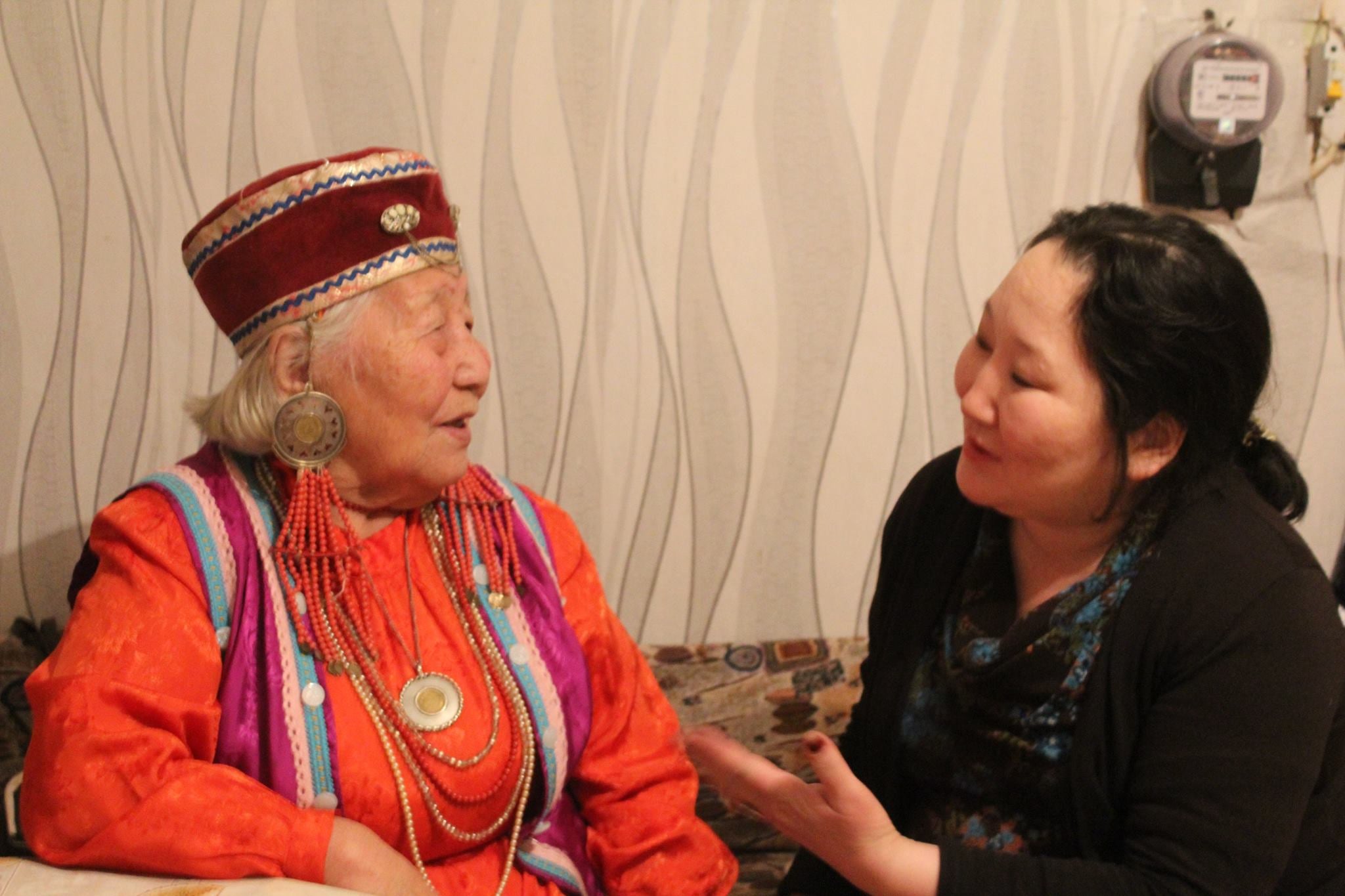 We have never been against the literary Buryat language. However, it has become the subject of many frustrations and remains the language of a narrow circle of linguistic experts. We are in favor of the parallel development of the literary language and local dialects. It is necessary to introduce words and expressions from all Tribal groups of the Buryats to make our Buryat language a living and thriving system.

To date, we have published 38 issues of Nyutag Helen. I went on several field visits to meet Buryat communities belonging to different territorial or Tribal groups and record their dialects and sub-dialects, including Songol, Sartul, Khori, Khongodor, Ekhirit, Bulagat, and others. The written, photo, and video materials that I captured during the expeditions recorded the sound of the dialects of the western, eastern, northern, and southern Buryats.

The Board of Nyutag Helen has been working hard to inspire and convince teachers and directors of local schools about teaching the Buryat language. We met with authorities of local districts and regions advocating for the need to introduce dialects and sub-dialects into Buryat language textbooks. We have recently found out that local dialects will be used in teaching the Buryat language in the Ust-Orda Buryat area on the western side of Lake Baikal. The local municipality has financed and helped to develop and publish classroom materials. We are thrilled to see that our efforts are producing fruitful results.

Our newspaper is a space for language activists to share their experiences and practices. Both speakers of different dialects and language experts can write about their experiences on the pages of our publication. One thing that is absolutely important for us to understand is that our oral speech and traditions are more important today than the written language. After all, if there is no oral figurative speech, then there is no point in further developing a written language. We have a saying, “If the Selenga River becomes shallow, what will happen to Lake Baikal?” If the rivers and small streams of the oral speech and dialects dry up, then what will happen to the Buryat language as a whole?

--Dulma Batorova (Buryat) is the Founder and Editor of the newspaper Nyutag Helen (Dialects) in Ulan-Ude, Republic of Buryatia, Russian Federation, and is working on Evenk and Buryat language revitalization.

46-1 Indigenous Climate Change Solutions: Ensuring the Future of Our Planet 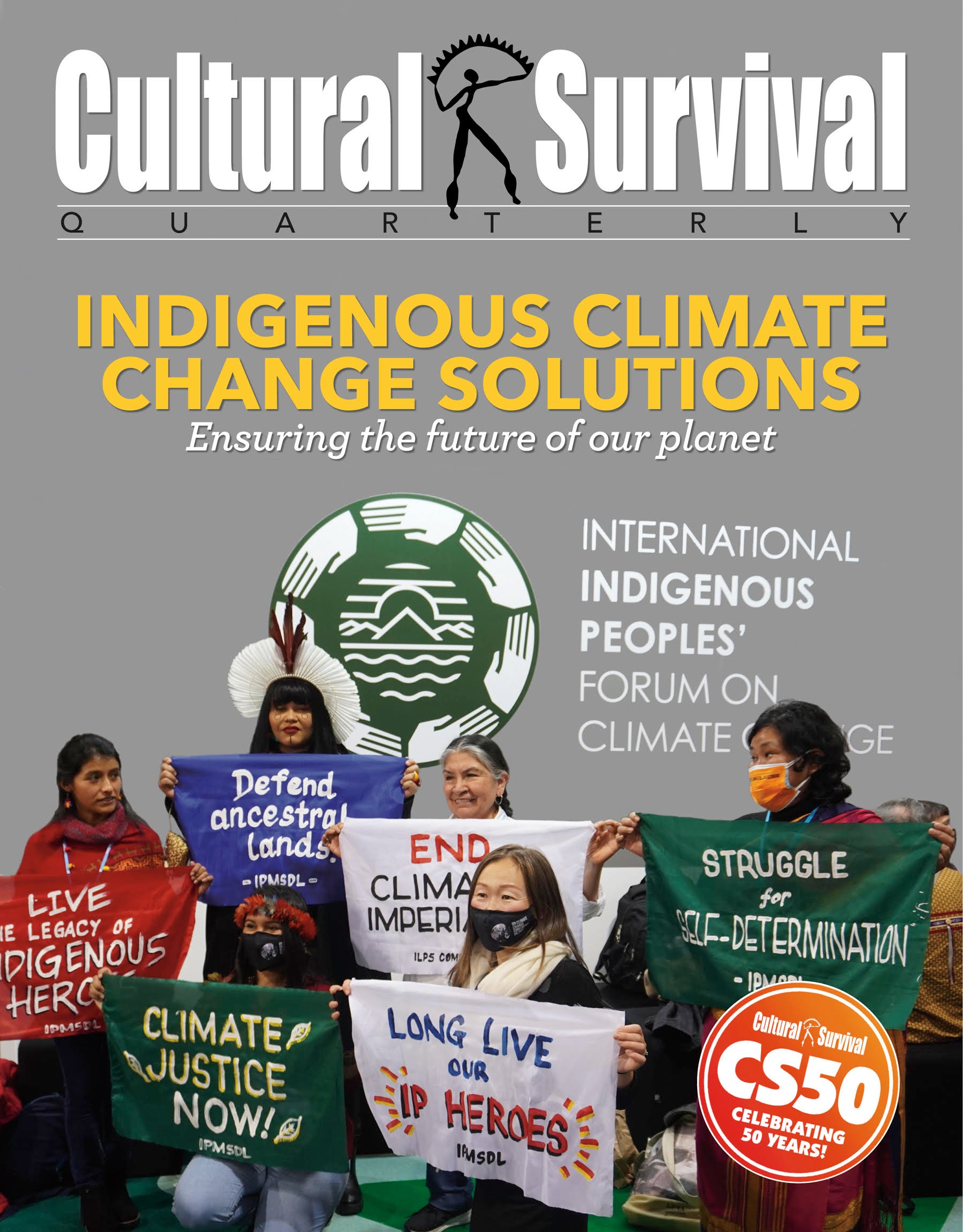