We Must Save Tuvalu to Save the World: Pacific Islands Forum Focuses on Climate Justice and Human Rights 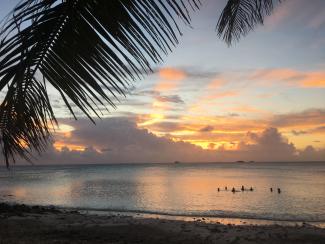 Beyond the beautiful flower wreaths of welcome, the people of Tuvalu had a unified message for their global guests, symbolized with children seated and partially submerged in a village pool art exhibit. When leaders arrived at the annual Pacific Islands Forum on August 13–16, walking past the future generation in the pool representing the Pacific, they beheld a sign: “Before us we see the devastating effects of climate change on our children; sea level rising, land erosion, cyclone damage. Threats such as these are ever present for Pacific Island nations. In your meetings this week, remember: We must act before it is too late. We must save Tuvalu to save the world.” For just over four decades, the modern nation state of Tuvalu has exercised self determination over an archipelago of six coral atolls and three islands covering twenty-six square kilometers. Tuvalu, meaning “eight standing together,” has a population of eleven thousand. 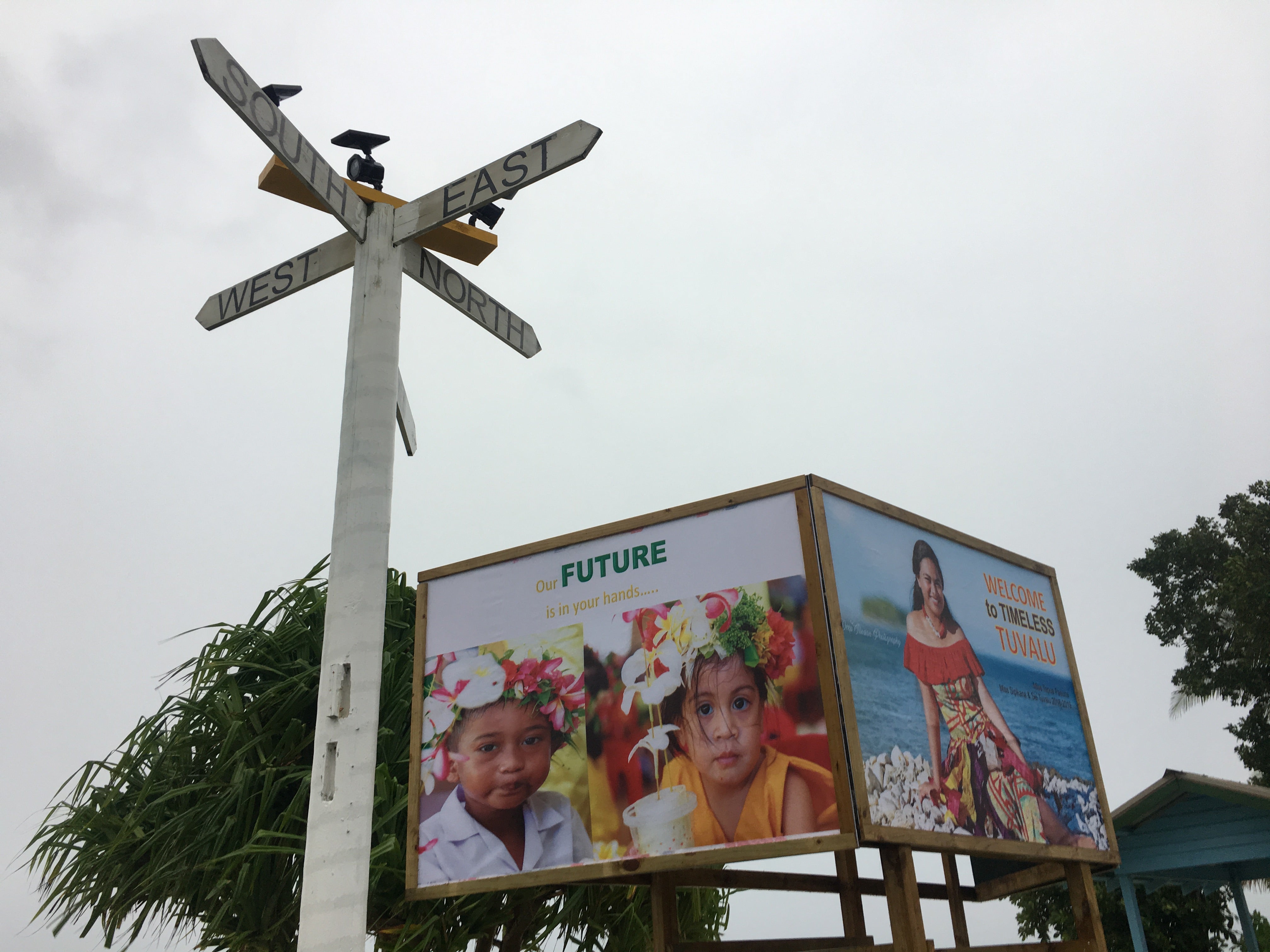 A human rights-based approach was shared with visiting dignitaries via proclamations, conversations, negotiations, and presentations of entire villages sharing the beauty of culture through dance. This unique aspect of culture will disappear if the climate crisis is not averted. Prime Minister Enele Sopoaga spoke about how people in the Pacific Islands will be impacted by business as usual: “Your policies about coal mining, releasing greenhouse gases regardless of how much money you give in the ‘step-up’ policy... it doesn’t mean anything. Why? Because you are helping to have serious implications on your people who are living in Tuvalu and Kiribati. Bring the real effects on people on the ground to the attention of these leaders. If they don’t accept it, I don’t think we can call them leaders. I don’t think they are serious about saving the people, their own people.”

Sir Tomasi Puapua Convention Centre hosted the 18 member States of the Pacific Islands Forum (and the prior Sautalaga Dialogue) along with Forum dialogue partners, regional bodies, press, and nongovernmental organizations of Peoples’ movements in the Pacific. The momentum for the Forum took shape in May with UN Secretary General Antonio Guterres’ multiple state visits. His visionary statements and service to the Pacific region recognized the role and contribution of Forum members, resulting in the “Blue Pacific’s Call for Urgent Global Climate Action.”

This message was reinforced in the resulting document of the Sautalaga Dialogue, “Tuvalu Declaration on Climate Change for the Survival of Pacific Small Island Developing States,” which reinforced Guterres’ call for an immediate global ban on the construction of new coal fired power plants and coal mines, and calls on all nations to rapidly phase out their use of coal in the power sector. Sopoaga said, “No matter how much money you put on the table, it doesn’t give you the excuse not to do the right thing; that is, cutting down your emissions, including not opening your coal mines.” Fiji shared another commitment to leading by example with regard to resource exploitation via Prime Minister Voreqe Bainimarama, who returned to Tuvalu following a long hiatus. He spoke forcefully and diplomatically to Australia while declaring a 10-year moratorium on deep sea mining, linking the common home of Moana Nui to climate policy and practices.

From the Sautalaga Dialogue to the final joint communiqué and Kainaki II Declaration for Urgent Climate Action Now—Securing the Future of our Blue Pacific, the negotiations were hotter than global warming on the ground in Funafuti. All the way through, there were cultural ceremonies and exchanges illustrating the vivacity of Tuvalu people and the value of every culture, including the 12-hour marathon meeting and leaders retreat where the Pacific heads of state demanded dignity, respect, and the realization of human rights. While the island dancing went late into the night in the early part of the week, the debates among the leaders lasted even longer, later in the retreat. One tweet by Bainamarama spoke truth to power and pointed to the commitment to the people of the Pacific: “Watered-down climate language has real consequences— like water-logged homes, schools, communities, and ancestral burial grounds.” Fiji recently relocated some of its citizens due to climate change.

The Kainaki II Declaration builds on the Boe Declaration, issued last year in Nauru, which widened traditional security concerns in the region in citing climate change as “the single greatest threat to the livelihoods, security, and well being of the Peoples of the Pacific.” It builds on the Nadi Bay Declaration on the Climate Change Crisis in the Pacific, issued one month prior to the Pacific Islands Forum, calling out coal’s role in the climate crisis. There was also endorsement for regional cooperation for resilience initiatives in a Pacific Resilience Facility. Tuvalu declared the 50th summit plasticfree, highlighting the damage to the marine environment of single use plastics in the Pacific and the entire planet. One significant initiative that will remain after the Pacific Islands Forum summit is Tuvalu Cultural Day, where all people ‘decarbonize’ and exercise the right to self-determination by eating only locally harvested foods received through traditional knowledge and prepared with cultural method to build understanding for future generations and to ensure social development rooted in ancestral wisdom.

Beyond the climate crisis, another major concern is the legacy and future of nuclear weapons. There is concern about the lingering impacts of nuclear testing on people’s health, as well as contamination of crops impacting food sovereignty. Included in the Kainaki II Declaration is an agreement for “a comprehensive, independent, and objective scientific assessment of the contamination issue in the Pacific, including in the nuclear test site at Runit Island in the Marshall Islands.” The latest abolition initiative, the Treaty on the Prohibition of Nuclear Weapons, should be adopted through ratification securing half of the necessary signatures as followup steps by Small Island Developing States. Marshall Islands will also champion accountability for nuclear contamination in its new role as one of the 47 members at the UN Human Rights Council in 2020, after securing a seat in the recent election and becoming the first low lying atoll to serve on the highest UN human rights body. Small Island Developing States represent a quarter of UN membership and make significant contributions to ethical issues internationally with impacts in the Pacific. 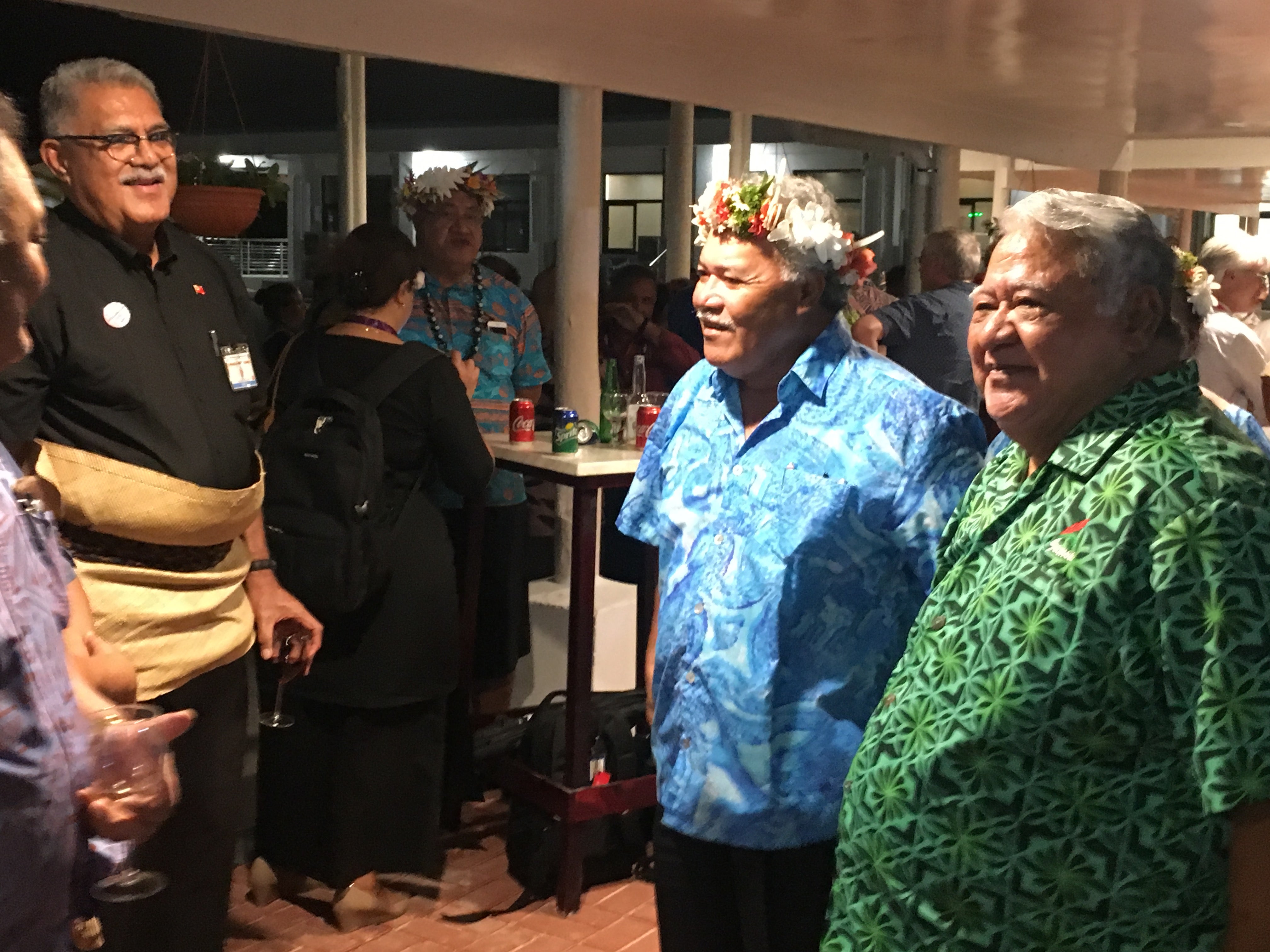 Human rights, specifically the common Article 1 of the UN twin covenants (the International Covenant on Civil and Political Rights and the International Covenant on Economic, Social and Cultural Rights), the right to self-determination and liberation, featured in the diplomatic discussions among Pacific leaders. There were discussions on human rights violations in West Papua. The situation in Kanaky, New Caledonia regarding a likely second referendum in 2020 was also discussed, along with a referendum representing a step toward self-determination for Bougainville. The conversation on decolonization will continue next year in Vanuatu, which will host the 2020 Forum on its 40th anniversary of independence from France and the United Kingdom. Vanuatu has championed self-determination consistently in the region and stands in solidarity with its neighbors desiring to join the United Nations such as Bougainville, Kanaky, and West Papua.

--Joshua Cooper is a professor at the University of Hawai’i, West O’ahu, Kapolei, director of the Hawai’i Institute for Human Rights, and CEO of The GOOD Group.

All photos by Joshua Cooper.